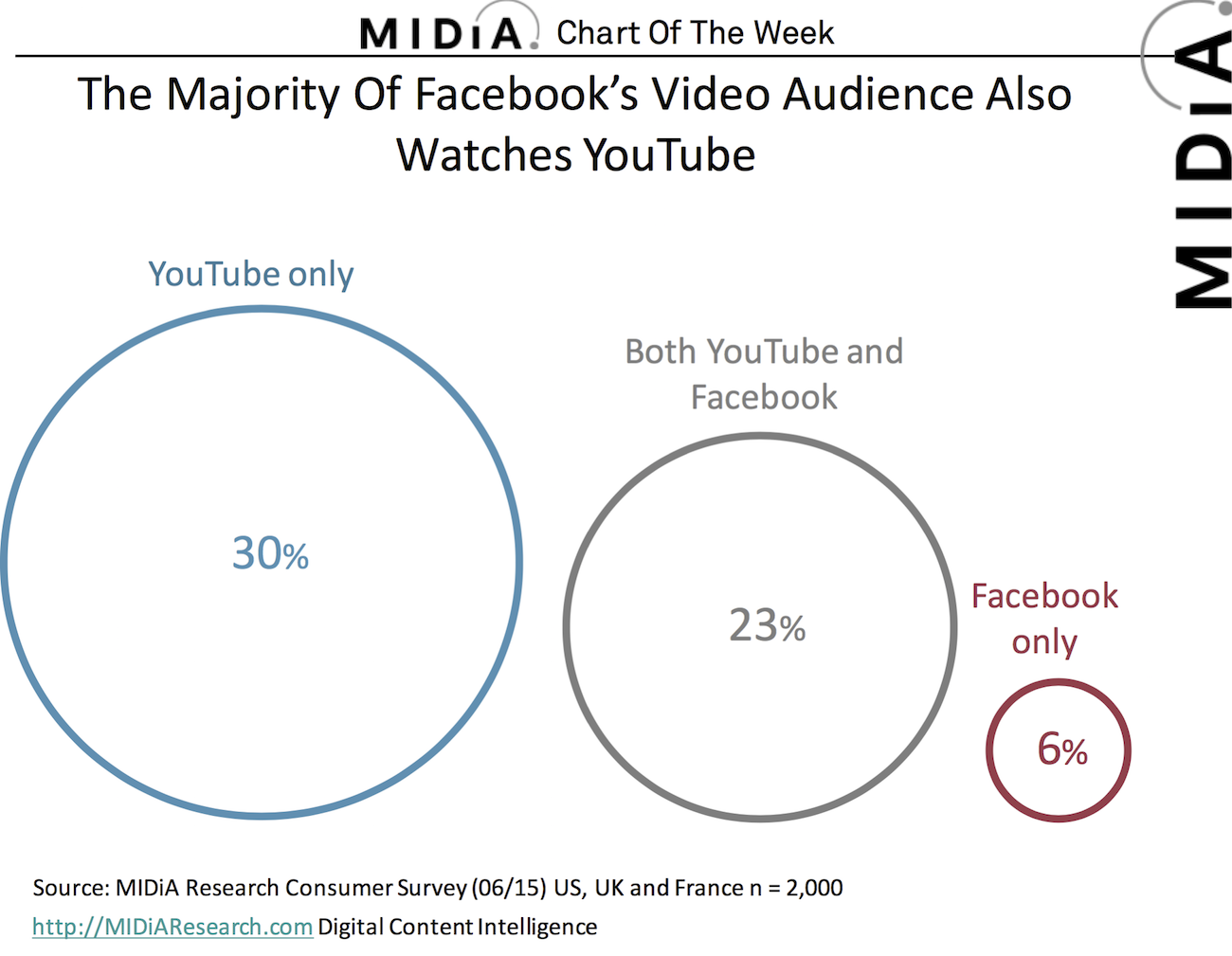 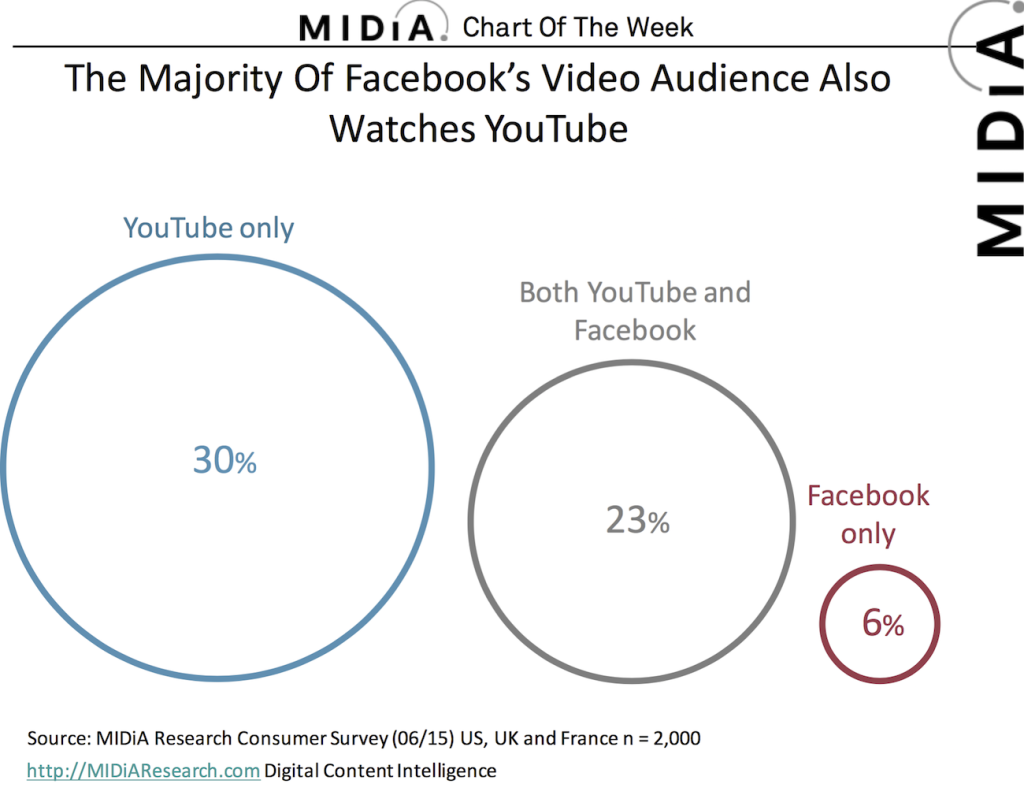 Facebook and YouTube have a lot in common.  They both have in excess of a billion users, both have become part of the internet furniture and both have transitioned from disruptive challenger to incumbent.  However, both are also at the awkward stage of digital adolescence, long past market immaturity but far from full commercial maturity.  With so much disruptive innovation occurring, much of which is aimed directly at them, both YouTube and Facebook need bold innovation of their own.  This is why YouTube launched Red and Facebook launched its own video offering.

After relatively little time Facebook is emerging as a serious challenger to YouTube and is building clear momentum in a way that few other short form challengers have yet managed to do. Big brand advertisers are also warming to Facebook video with Heineken going as far as to suggest that Facebook is just as important as YouTube for them as a video platform. But Facebook’s video metrics are not quite the runaway success they might at first appear.  Facebook does indeed have momentum, a momentum that will become self-perpetuating, but its scale of actual user engagement is much smaller than the headline statistics suggest.  A Facebook video view is a very different thing from a YouTube view, with the former diluted markedly by inactive, passive views of silent videos on Facebook news feeds.

As a consequence of the prevalence of complementary viewing patterns across YouTube and Facebook there is a very high degree of audience overlap.  For YouTube the overlap affects less than half of its total user base because so many of its users do not yet use Facebook for video.  But for Facebook the picture is very different.  Less than a third of Facebook video viewers watch video on Facebook but not on YouTube.  Thus while the total Facebook video audience is 29% of all consumers the unique Facebook audience is just 6%.

Facebook is, for now, creating a new set of viewing behaviours that sit alongside YouTube. For as long as that remains true there is space for both video titans. It is when Facebook starts eating into YouTube viewing time that things will really start getting interesting.