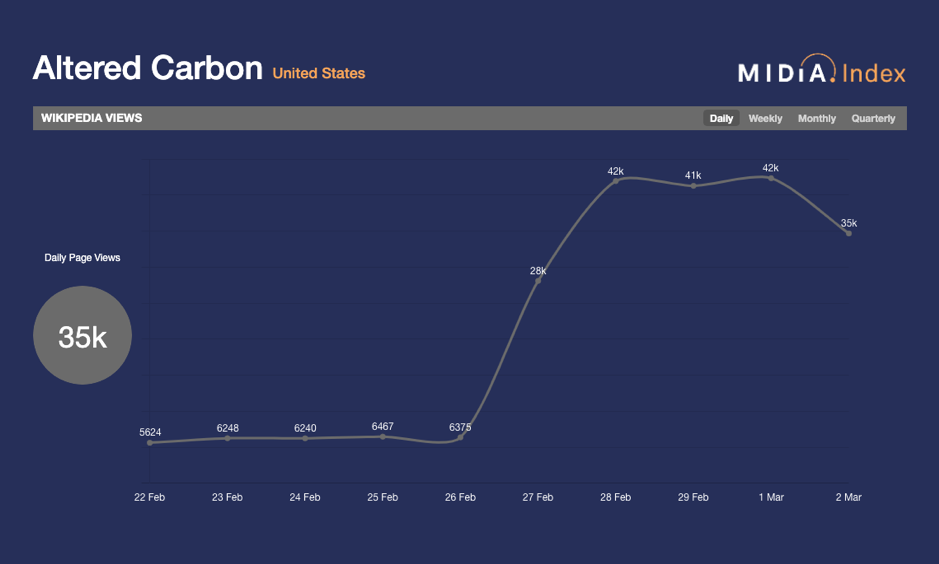 In the digital era, anything can generate metrics – to the point where no matter how good the numbers look, actual success can sometimes be unconnected. Logged ‘views’ of an advertisement don’t hold up to scrutiny when 29% of consumers “normally stop paying attention” when ads come on during a TV show, 31% “usually skip video ads online” and 11% block online ads on their desktop and/or laptop (source: MIDiA Research Main Consumer Survey Q1 2019). Essentially, just because an ad is shown, does not mean that it is seen – let alone appreciated.

However, metrics can underrepresent also. For example, no matter how much data Disney has on views of The Mandalorian trailers, it would be nigh-on impossible to fully track the viral Baby Yoda memes across news sites, social media (from Twitter to Tumblr to Reddit), private chats, and in-person referencing which have almost inevitably garnered far more views and sentiment towards the franchise than any paid-for, served promotional materials.

So, what to look for when a new show approaches distribution?

Altered Carbon, a Skydance television production available on Netflix, has recently released its second season. Its ratings, compared to other hit shows, would be in line with its niche fanbase (a classic of Netflix’s content strategy): it has a streaming audience of 19 million, 237,000 Facebook likes, 7% streaming penetration and a 75% Rotten Tomatoes rating (source: MIDiA Index). With a new season out, however, because of the ancillary content inevitably making its way onto fan accounts, into friendly discussions, and across the screens of everyone logging onto Netflix in the past few days only to see the new episodes at the top of the “trending now” list, showrunners and marketers have access to only some of the data they need to actually gauge how it is being received, who is seeing it, and what the conversion rate is from view to interest.

While this hardly indicates fully-fledged fandom (the ideal goal for any content proposition in today’s attention-saturated economy), it does indicate a massive swell of interest as word of the new show drove people to go beyond passively hearing about it to take action themselves by researching the proposition to determine whether they would be interested – making this a driving indicative metric of prospective interest and potential consumption, which is the beginning of sentiment-building and therefore, ultimately, fandom. Hence, Wikipedia views are actually a leading indicator for fandom and demand.

As the content landscape reaches total saturation, in order to stand out propositions need to go beyond serving consumers what they think they want and actually try to engage with them through an interactive exchange. Sparking interpersonal conversations is a far better driver of engagement and sentiment – thus leading to loyalty – than any YouTube pre-load advertising could hope to, and being able to not only passively allow fans to use content but rather be able to track indicators of the results, correlate that with developments in the public conversation around the show, and then adapt strategy accordingly is one of the adaptations studios and streaming services are going to need to survive in the overpopulated environment of digital content moving forward.