10 Trends That Will Reshape the Music Industry 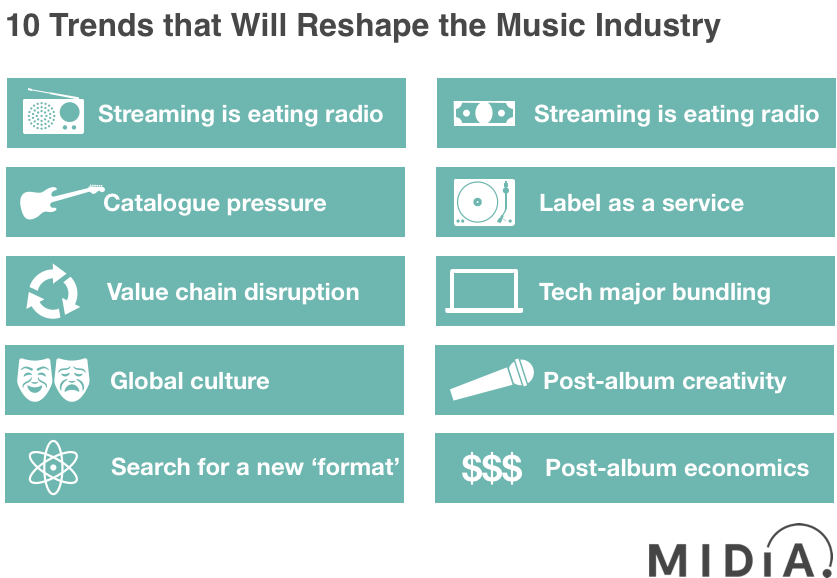 The IFPI has reported that global recorded music revenues have hit $19.1 billion, which means that MIDiA’s own estimates published in March were within 1.6% of the actual results. This revenue growth story is strong and sustained but the market itself is undergoing dramatic change. Here are 10 trends that will reshape the recorded music business over the coming years: