Why Revenue Growth Alone Is Not Enough For The Games Industry 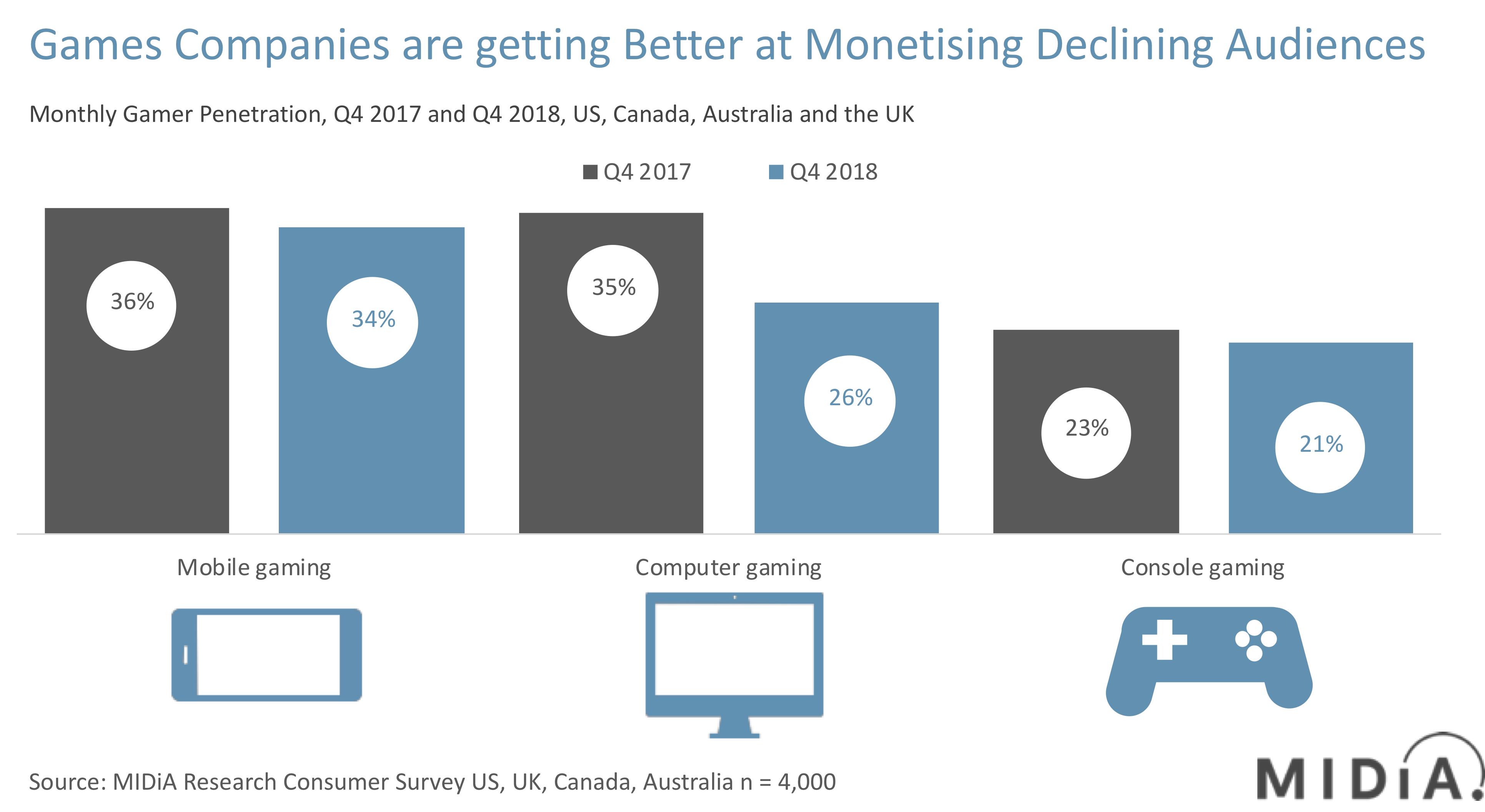 UK games revenues rose to $4.9 billion in 2018, surpassing music and video revenues combined. It is an impressive milestone, but it doesn't mean the best is yet to come. Revenues are what keep the lights on, but they are not always the best measure of the health of a sector. Instead, audience behaviour gives us the best sense of where markets are heading. And when we look at the direction of travel for games audiences, a very different picture emerges. Data from MIDiA’s Quarterly Tracker survey for the US, Canada, Australia and the UK, suggests a secular decline of gaming audiences:

The games industry is not about to collapse, but a slowdown is likely around the corner. Before the music industry went into a tailspin at the start of the millennium, record label execs were hubristic, with an absolute confidence in the health of their business. So much so that they started taking their customers for granted, hiking up CD prices every year. We are in a similar situation with games now. Not only is there supreme confidence, but prices are being hiked too; in the UK the average price of games titles has increased by more than a fifth over the last decade.

To be clear, the games industry is still in rude health and there are countless new milestones that support this. For example, Red Redemption 2 was the biggest opening weekend IN THE HISTORY OF ENTERTAINMENT! (though this must be offset with the fact that most other media is moving away from sales and towards consumptions, so really these records are a contest between games and movies these days, not music and video). Meanwhile, Epic Game’s Fortnite phenomenon has more than 200 million monthly gamers. But the underlying audience shifts are inescapable. For now, the games industry is getting better at monetising its super fans — as illustrated by the 26% growth in Xbox Live MAUs in 2018), but unless it also starts building a ‘retain and win back’ strategy for the more casual end of its customer base, a slowdown could easily tip into a decline.