What AWAL’s $100k artists mean for the streaming economy 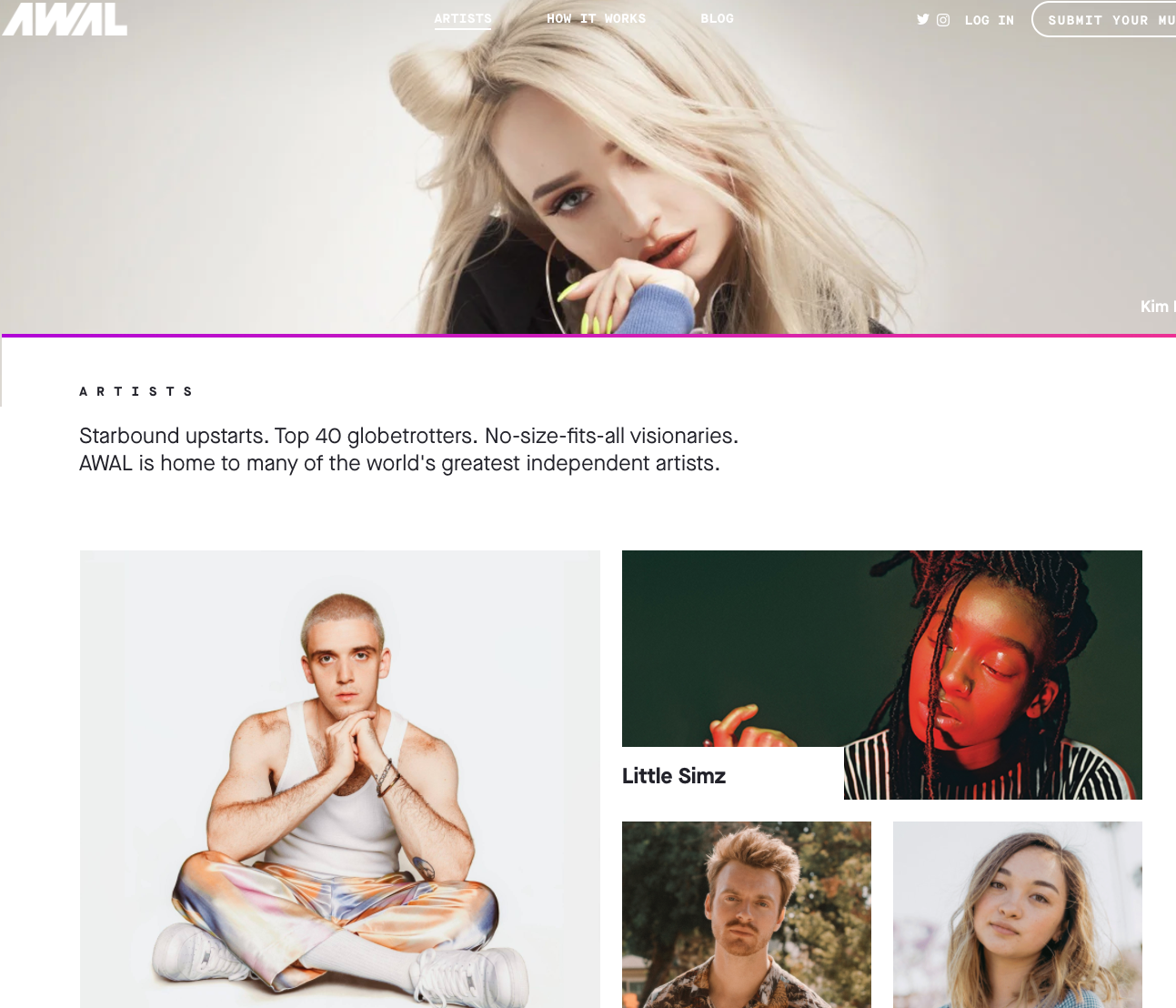 Kobalt’s AWAL division announced that ‘hundreds of its artists have reached [the] annual streaming revenue threshold [of $100,000]’. Make no mistake, this is major milestone for a record label that has around 1% global market share. It is compelling evidence for how a label built for today’s streaming economy can make that economy work for its artists. So, how does this tally up with all of the growing artist concern in the #brokenrecord debate?

It’s complicated. The short version is that we have a superstar economy in streaming quite unlike the old music business, one in which artists on smaller independent labels have just as much chance of breaking into that exclusive club as those on bigger record labels. Given that AWAL states its cohort of $100k+ artists grew by 40% (assuming they mean annually) while global label streaming revenues grew by 23%, the implication is that AWAL is getting better at doing this than the wider market. And it is the implied growth of the rest of the market where things get really interesting.

(A model with more than 50 lines of calculations was required to build this analysis so I am going to walk through some of the key steps so you can see how we get there. Bear with me, it will be worth it I promise you!)

To do this analysis I am going to share one of MIDiA’s secrets with you: finding the third data point. Companies, understandably, like to share the numbers that make them look good and hold back those that do not help their story. Often though, you can get at what that third number is by triangulating the numbers they do report. A really simple example is if a company reports its revenues and subscribers but not its average revenue per user (ARPU), you can get to an idea of what the ARPU is by dividing revenue by subscribers (and if you have a churn number to work with, even better).

In this instance, Spotify gives us the ‘second’ dataset to go with AWAL’s ‘first’ dataset. In early August, Spotify reported that 43,000 artists generated 90% of its streams, up 43% from one year earlier – you’ll note how similar that 43% growth is to AWAL’s 40% growth. Combining Spotify’s data with AWAL’s, we now have what we need to create the picture of the global artist market.

Spotify generated 73 billion hours of streams in 2019, which equates to around 1.3 trillion streams. Interestingly, taking its roughly $7.6 billion of revenue, this implies that its global per-stream royalty rate (masters and publishing, across free and paid) stood at $0.00425 – which is a long way from a penny per stream. This highlights how promotions, multi-user plans, free tiers and emerging markets are driving royalty deflation. But that’s a discussion for another day…

For the purposes of this work let’s assume that the average artist royalty rate (across standard major, indie and distribution deals) is 35%. Spotify’s 90% of streaming label royalties in 2019 was $3.9 billion, which translates to an average artist royalty income of $29,221 for each of those 43,000 artists. That is obviously south of AWAL’s $100k cohort, which illustrates that those AWAL artists are not just superstars but an upper tier of superstars.

But how does this look outside of Spotify? Firstly, the top 90% of global streaming label revenues was $10.8 billion in 2019. We then scale up Spotify’s 43,000 top-tier artists to the global market and deduplicate overlaps across services and we end up with a global base of around 56,000 top-tier artists earning an average of $66,796 per year from streaming (audio and video).

$66,796 is a decent amount of annual income but it looks a lot better if you are a solo artist than, say, a four-piece band splitting that revenue into $16,699 slices. Interestingly, AWAL seems to skew towards solo artists (94% of AWAL’s featured artists are solo acts) so the $66,796 goes a lot further for them than an average indie label rock band.

And then there’s the remaining 99% of artists…

But of course, this is how things look for the most successful artists. What about the remainder that have to share the remaining 10% of streaming revenue? That remaining label revenue is $1.2 billion of which $0.7 billion (i.e. 57%) is Artists Direct. That means the entire global base of label-signed artists that are not in the top tier have to share 4% of global streaming revenues. This translates to an average annual streaming income of $425. Artists Direct meanwhile earn an average of $176 (only 59% less than those non-superstar label artists).

The key takeaway then is that streaming is levelling the playing field for success. Consistently breaking into the top bracket is now achievable for artists on major and indie labels alike and, if anything, independents are enjoying progressively more success. But this is a very different thing from all artists doing well. Music has always been a hits business. Streaming is widening the distribution but with less than 1% of artists generating 90% of income, the spoils are far from evenly shared. Music streaming has taken Pareto’s 80/20 principle and turned it into a 90/1 rule.

by Keith Jopling
13 Aug 2020
In ‘ The Song Economy is just getting started ’ I looked at how major catalogue songs such as Journey’s Don’t Stop Believin’, Toto’s Africa and Mariah Carey’s All I Want For Christmas Is…

by Mark Mulligan
7 Aug 2020
We are excited to announce the first episode of the MIDiA Research podcast: What Next for Tencent? President Trump's executive orders concerning Bytedance and Tencent set the cat among the pigeons. In…

by Keith Jopling
22 Jun 2020
In ‘ The Song Economy is just getting started ’ I looked at how major catalogue songs such as Journey’s Don’t Stop Believin’, Toto’s Africa and Mariah Carey’s All I Want For Christmas Is…