The Spotify Numbers You Won’t Have Seen 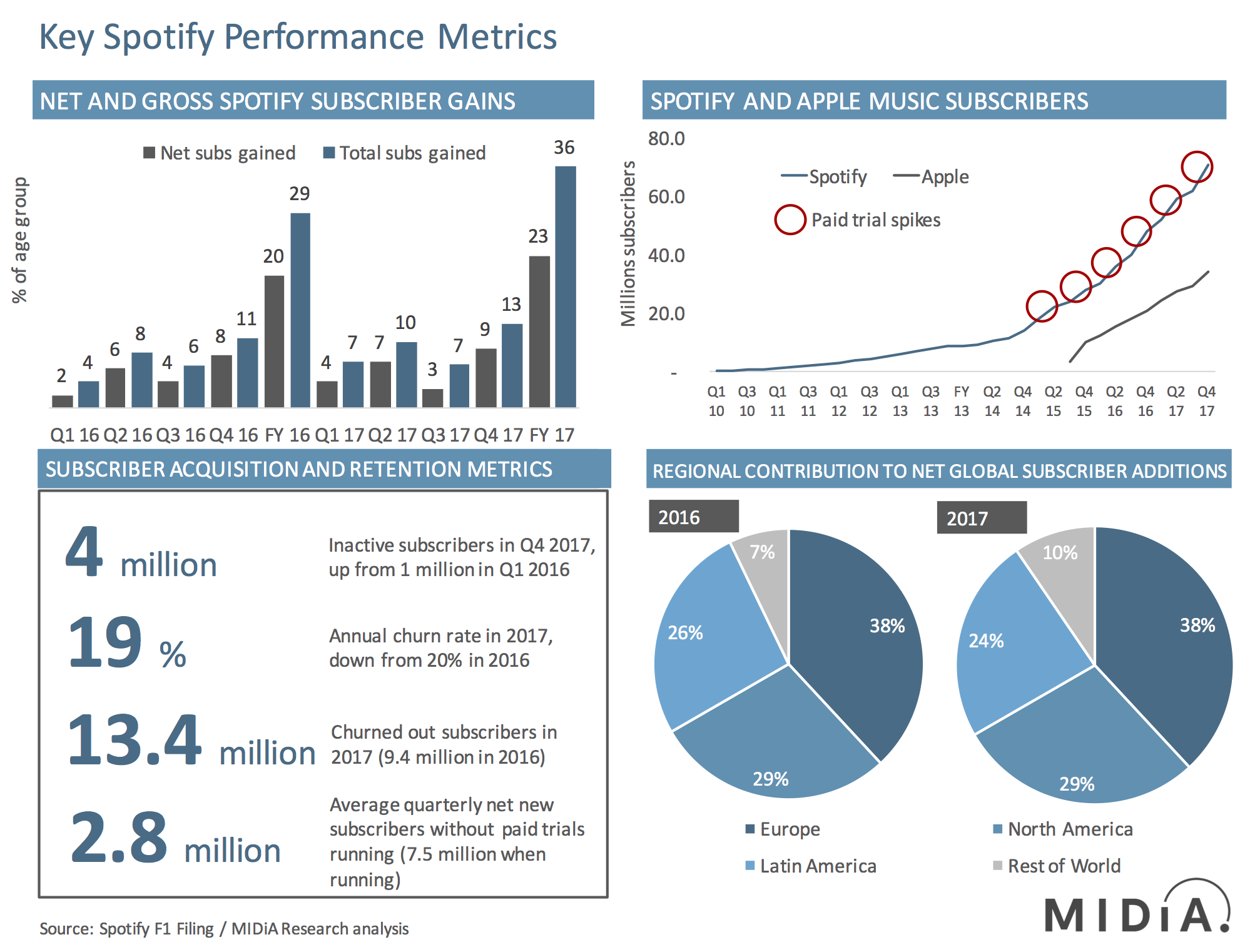 One of the core values that we deliver to our clients at MIDiA Research is finding the ‘third number’— the data point that wasn’t reported by a company but that can be arrived at through a process of modelling and triangulation. Next week, we will publish a report that does just this for the numbers presented in Spotify’s F1 filing. The metrics we arrive at help create a more complete picture of Spotify’s performance for investors and rights holders, as well as the impact of core metrics upon other parts of Spotify’s business. In advance of its publication, here are just a few highlights.

Spotify’s F1 filing paints a picture of a growing business that is improving metrics across the board, with the foundations for a solid couple of years ahead now well built. But there are also a number of challenges:

Despite the joint effects of subscriber bill shock and reduced margins, super trials are clearly net positive for Spotify’s business. When it later decides to fade them out in more mature markets – namely when it switches from user acquisition to user retention mode – Spotify will be able to quickly improve both margin and retention.

Barring calamity, Spotify looks set to have a strong 2018 in terms of growth across subscriptions, MAUs and revenue. If it continues its current operating strategy Spotify should reach 93 million subscribers by the end of 2018. By comparison, Apple Music is likely to have hit around 56 million subscribers by Q4 2018, with its rate of net new monthly subscribers having increased to 2 million in 2018.

If you are not yet a MIDiA subscription client and would like to find out how to get a copy of the forthcoming seven-slide report and accompanying dataset, email stephen@midiaresearch.com