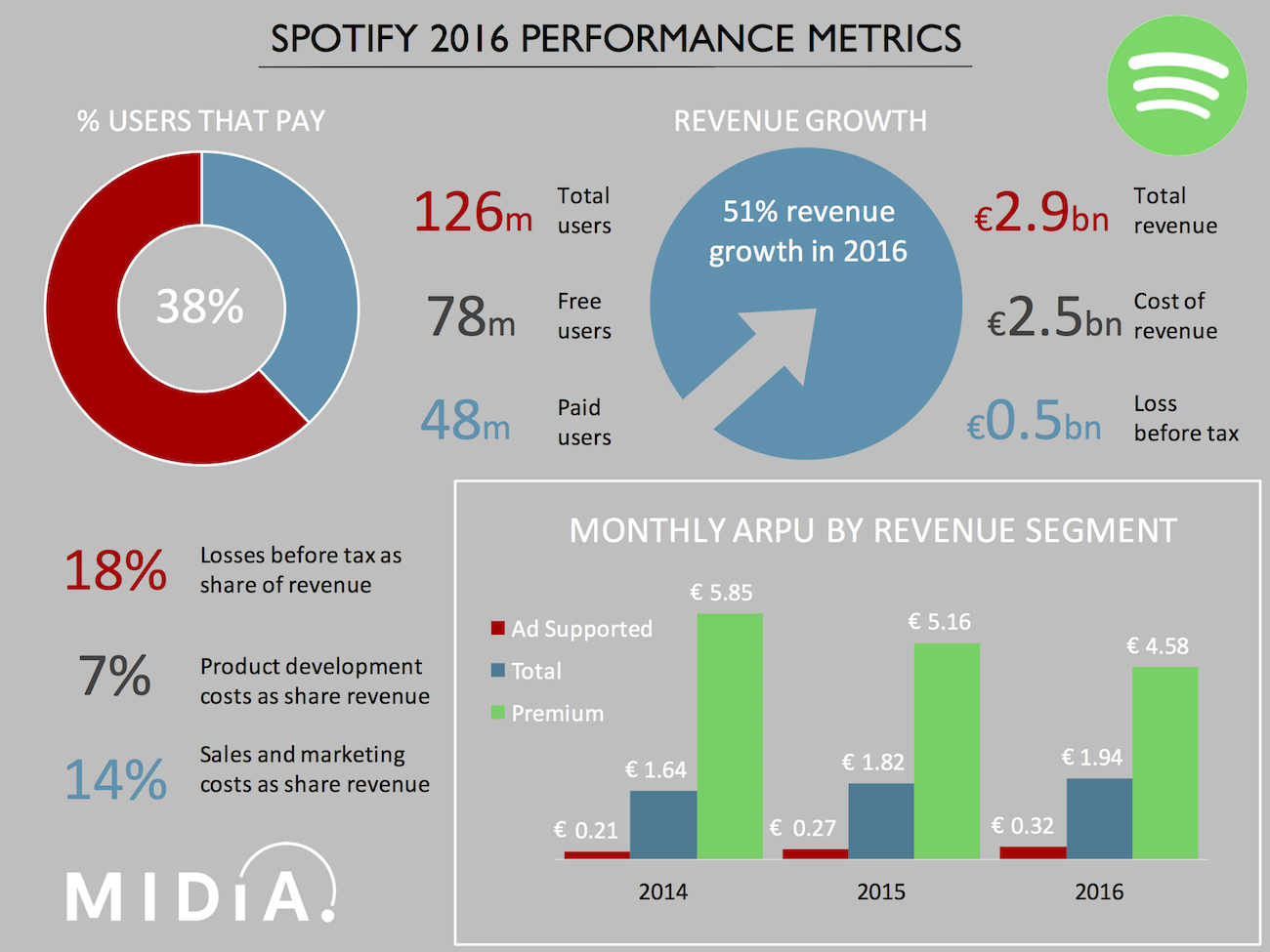 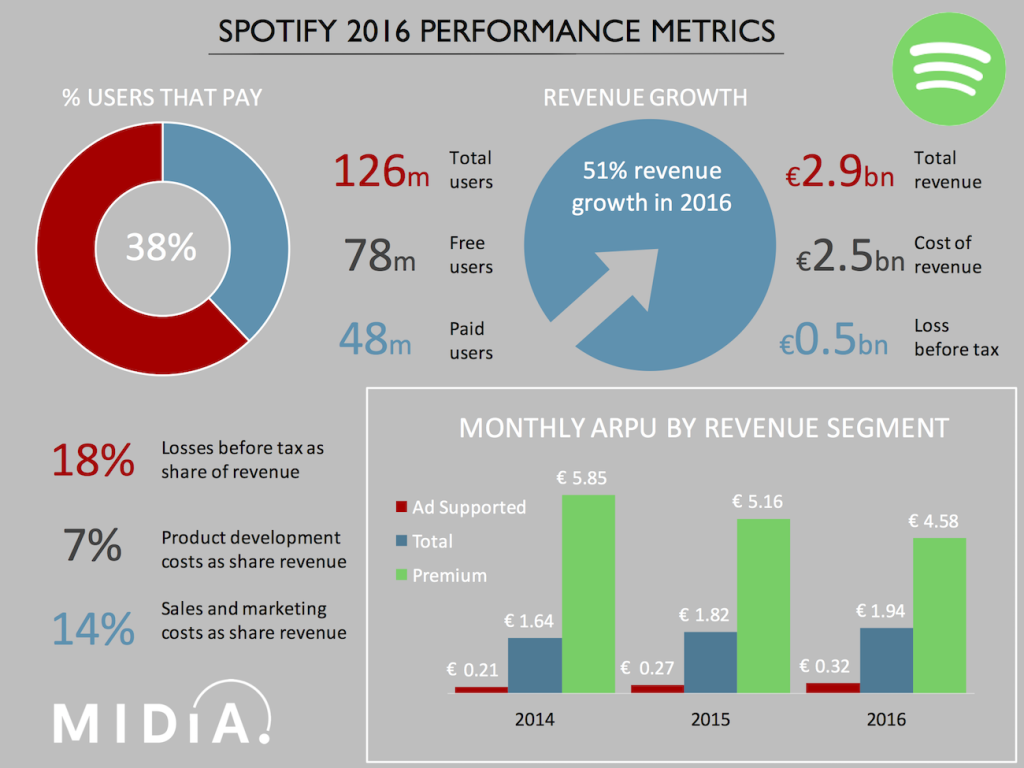 Spotify has published its much anticipated 2016 revenues. Because the company is under so much analytical scrutiny, there is little that is particularly surprising but there is still plenty we can learn from the results:

In Search Of A Margin

So, what do Spotify’s results say about the economics that we didn’t already know. In truth, not much. The market has lots of growth in it yet; competing is expensive, growth has to be incentivized and rights are the main cost component.

As Spotify nears a public listing or an acquisition by Alibaba or Tencent, it remains the benchmark for the health of the streaming economy. With the underlying fundamentals remaining largely unchanged in 2016 despite stellar growth, here are a few thoughts on how the economics of streaming might change:

An often repeated argument from record labels is that streaming services will hit profitability when they reach scale. So, when does that happen? 48 million subscribers can lay a good claim to being ‘scale’, but it isn’t driving profit. While the market establishes itself, streaming services have to overspend on product innovation and marketing (and then, later, on user retention). So, these costs will likely rise in relative terms. Meanwhile, rights are always going to remain largely in line with revenue (though the UMG and Merlin deals reward growth with some discounting, which is a welcome innovation). But even these deals will not change the fact that rights will be large enough to challenge margins and will largely scale with growth. Which means no truly meaningful scale benefits. So here are a few alternative ways in which streaming margins might be improved:

Spotify played the starring role in streaming’s biggest year yet and looks well on track to do the same in 2017. But at some stage, the losses need to narrow. The industry needs to help ensure this happens, unless it wants the market to end up being dominated by companies that simply do not have to have streaming turn a profit because they are making money elsewhere.