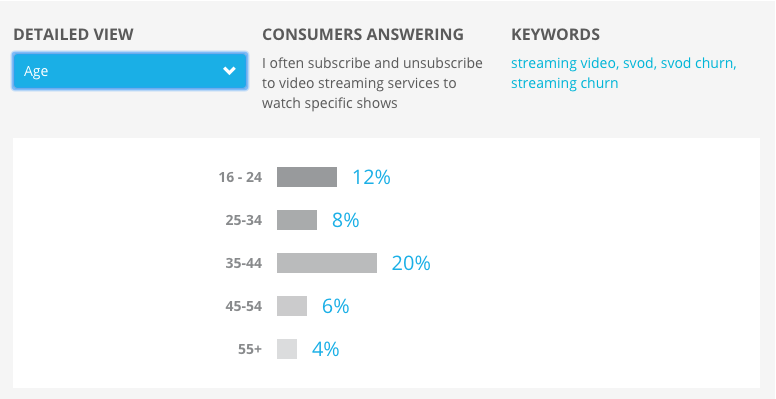 The news last Thursday about AT&T’s 390,000 pay-TV subscriber losses in the third quarter of 2017 are a salient reminder of the winds of change currently sweeping through the traditional video industry. The concept of cord-cutting first became a recognised cultural phenomenon in the summer of 2015. when The Wall Street Journal announced that Disney’s ESPN had lost 3.2 million pay-TV subscribers over the previous 12 months. This was a 3.5% subscriber decline in a segment that accounted for 25% of Disney’s entire profits in 2015. What followed was a classic Wall Street overreaction, as the financial community woke up to the reality that America’s love affair with the TV was inevitably going digital, and that $1,000-plus annual cable packages no longer appealed to consumers in the era of Netflix and Amazon Prime Video.

However, the narrative around the future being Subscription Video on Demand (SVOD) has led to a perception that cord-cutting is about technology, when, really, it is primarily about consumers’ evolving relationships with subscription models.

As this data from Fuse shows, SVOD users in the US are now strategically adjusting their subscriptions based on the relevancy of the content available. Of the 28% of US consumers who paid for SVOD subscriptions in Q1 2017, 7% reported that they specifically subscribed and unsubscribed to SVOD services based upon access to specific TV shows that were available. Disturbingly for SVOD services, 20% of 35-44 year olds engage in this behaviour – five times as many as the 55+ demographic, and nearly twice as many as the 16-24-year-old age group.

The over-indexing of the 35-44-year-old age group matters because this is the age group most valuable to streaming subscription services built around a media offering. 35-44 year olds are approaching the peak of their disposable incomes (peak earning power and also increasingly pre-mortgage, and pre-establishing their own family units), yet they are also still interested in popular culture content and are prepared to pay for access to it. This is the age group Netflix and Amazon Prime Video would be looking to engage as long-term subscribers, but they are the ones least prepared to commit to a long-term subscription relationship.

SVOD has been driving a video content arms race since 2013, when Netflix first launched its originals programming with the launch of the House of Cards reboot as an exclusive episodic scripted drama for the thriving SVOD service. Big-budget, attention-grabbing scripted dramas worked because first, it advertised the arrival of quality, yet exclusively available new “TV” content on the new streaming service; secondly, it promoted and actively encouraged the emergence of binge viewing as a cultural phenomenon — also exclusively, available through streaming subscription packages. The result has been a massive increase in content budgets with Netflix increasing its content budget by 290%, since 2014— and Amazon increasing its budget by a staggering 450% over the same period, as Netflix battles to stay ahead of its SVOD rivals. Of these budget surges, a growing percentage is allocated to commissioning original content (50% of Amazon’s budget 2017 is being spent on original content compared to a 37% of Netflix’s budget.)

With such huge budgets going into acquiring subscribers, the emergence of savvy streamers who are prepared to be selective around the timing of subscriptions to match content in which they are interested, presents a real challenge to the established business model of the leading SVOD services.