Is The Future Of Cinema To Be Found Through A Video On Demand Service? 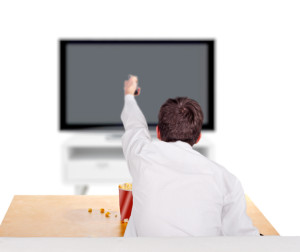 In many ways it feels like the late 90’s all over again. A maverick outsider with an innate understanding of the distribution possibilities of an innovative tech platform wants to disrupt a massive and culturally resonant high margin content business. It even has the same leading protagonist, the US tech entrepreneur, Sean Parker famous for unleashing Napster, the file sharing nemesis of the music industry. upon a complacent music industry, which had grown fat on historically high revenues generated by a content business dominating supply and distribution and therefore inclined to hubris. However, this time Parker has Hollywood in his sights. And it comes in the name of The Screening Room.

The concept behind The Screening Room is certainly disruptive: Consumers will pay $150 for a set top box which allows them to stream first-run movies on the same day that they are released in the cinema for $50 each. The rationale is that 50% of US consumers never go to the cinema on a regular basis, yet are resource rich and time scarce. Parker is betting that the same dynamics that are tearing through the pay –TV industry are waiting to be released upon the movie industry. Two big assumptions come into play here. Firstly, that the large margins generated through theatrical screenings of premium content can be replicated in people’s living room. Secondly, that Hollywood will play ball. With bundled theatre tickets for consumers, $20 out of each $50 film stream going to the rights owners (i.e. the studios) and additionally the backing of such industry heavyweights as Steven Spielberg, Martin Scorsese and Peter Jackson. The Screening Room is banking on the grudging acceptance of the industry to accommodate streaming at inflated pricing as an additional revenue source on top of its core consumer experience.

The Hollywood command and control release schedule has been grossly distorted by the combined factors of globalization of content access (Video On Demand makes the digital consumer dismissive of territorial windowing of film releases) and the over emphasis on blockbuster franchises. 50% of US film-goers only pay to watch two films per year in the cinema. The Hollywood blockbuster big day release means that over 90% of a movie’s revenues now come within the first three weeks of the of the theatrical release.

In effect, the Hollywood studio system has become a victim of its own success. Its unhealthy dependence upon blockbuster franchises to create a high margin consumer experience have led to the shortening of effective monetization windows. This makes it ripe for streaming encroachment - potential viewers who miss the window of the hyped live viewing cycle are placed in a position  where find that that they would rather view the content on a streaming service. And if no streaming service legally provides this, then they will be tempted by illegal alternative providers. Hollywood studio executives know this, which is why they are prepared to countenance The Screening Room.

Some Consumers Will Always Pay For Convenience & Exclusivity

Sean Parker is relying upon the time scarce, more affluent film fans who are happy to pay significantly above current market rates to be able to participate in the cultural and social experience of viewing a big event film from the comfort of their living rooms. However the price point (which is no doubt being put so high by the risk averse and protective movie industry) positions this a high price point consumer which makes its chance of filling a noticeable consumer need highly limited. It is however the first breach in the firewall around the coveted live movie theatre experience which has continue to see increased margins despite movie audiences having peaked in 2002.