Is Hip Hop Keeping Female Artists Out Of The Charts? 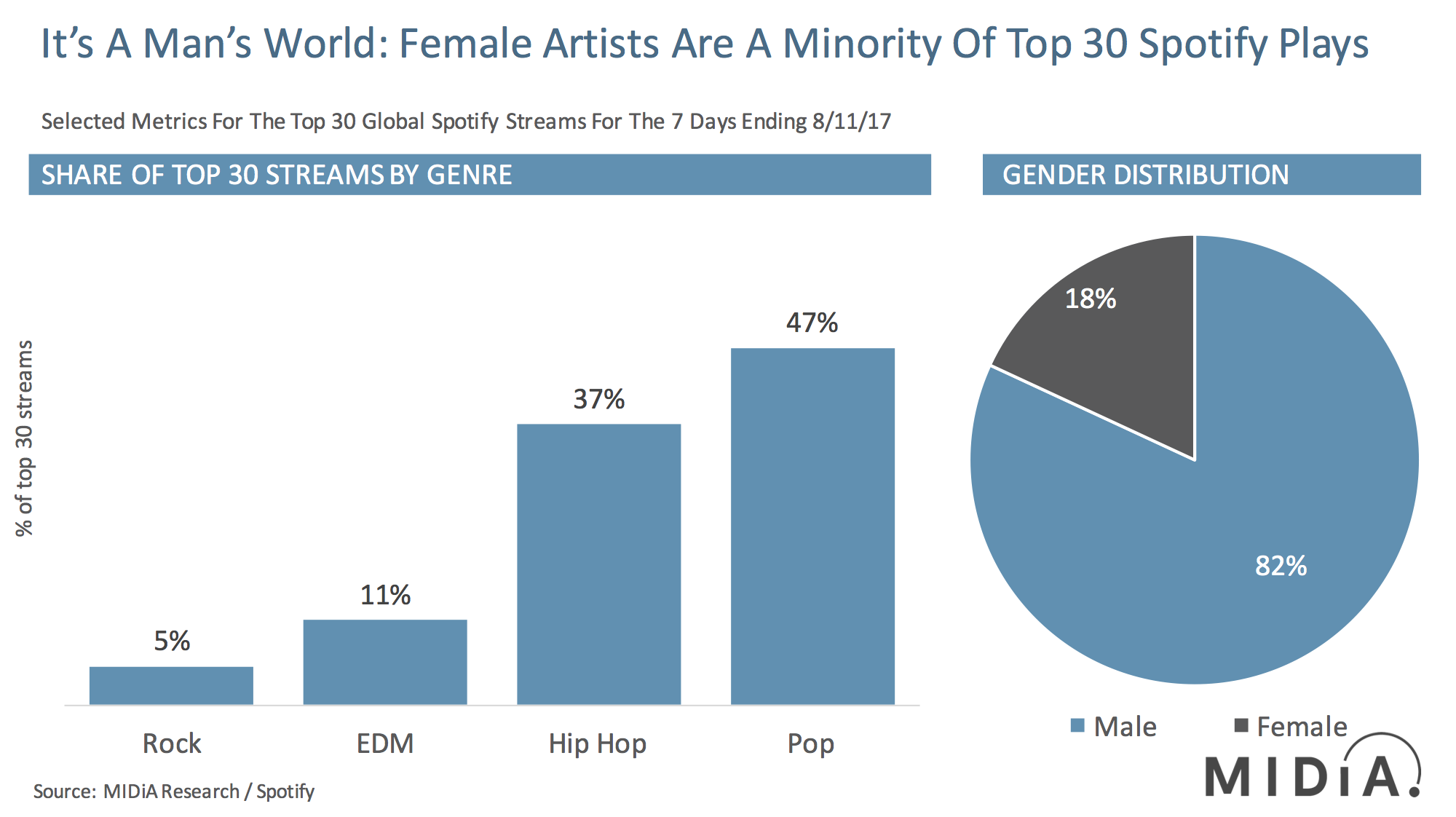 There is a gender divide in the upper echelons of popular music. In the US, Taylor Swift is the first woman to top the Hot 100 in 2017, with hits by women accounting for just 14% of all top 10 hits throughout the course of the year. But this is not just a US thing; it is a global trend, with female artists in the distinct minority in streaming too. There are various contributing factors, including unintended consequences of label A&R strategy and streaming service curation techniques. Looking at the global top tracks on Spotify, just 18% of the tracks from the top 30 streams are from solo female artists. In terms of chart positions the male dominance is even more pronounced with female artists making up 13%, or just four, of the top 30 slots.

So how did we get here? Part of the reason is that big female acts like Beyoncé, Rihanna and Katy Perry are out of cycle, but there are other factors too:

In truth, many genres have a strong male bias. Rock, now a shadow of its former self (just two artists in the top 30 Spotify tracks are rock) is similarly male dominated. Pop and vocal music have long been the genres where female artists have done best. However, right now, the hip hop-defined picture of popular music is particularly skewed. When you get further down the tail, things even out a little. Within the top 50, female artists generate 23% of streams, and the full year numbers will be better balanced when seasonal skews, such as big female artist release cycles, are balanced out. Nonetheless, the inescapable takeaway is that the combination of label A+R strategy and streaming curation have, unintentionally, created a distorted picture of the top of the music pile.