Here's Why The Music Industry Needs To Dump Non-Discretionary Pricing 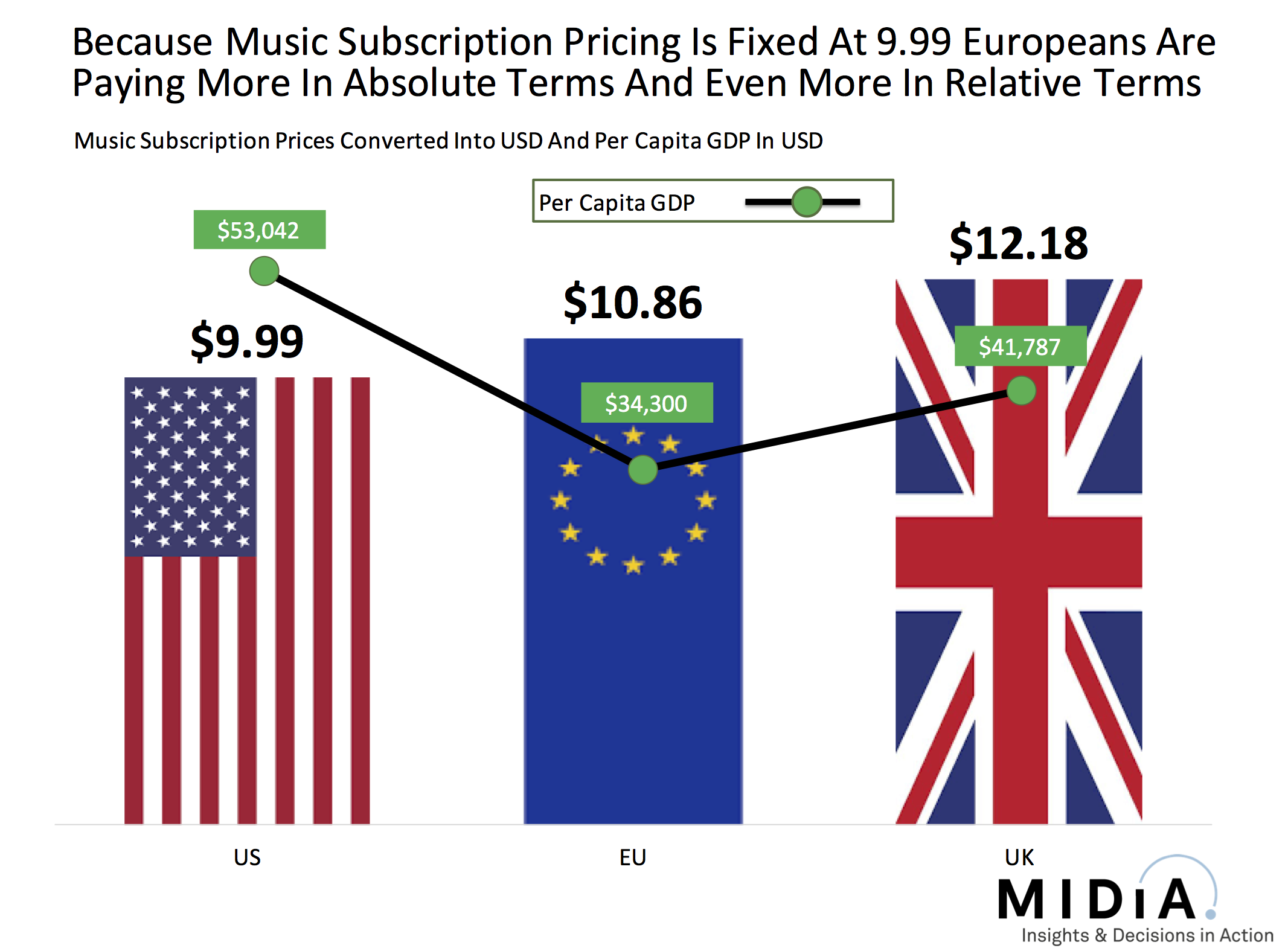 Spotify’s 2015 UK accounts painted a vibrant picture with both profits and above average Average Revenue Per User (ARPU). However, a little caution is required before assuming all the answers to the streaming market’s woes can be found here. Firstly, only a portion of Spotify’s costs are based in the UK. For example, much of the (more highly paid) exec team is in the US and much of the development team is based in Sweden. Such are the vagaries of financial reporting for multi-territory companies. More importantly though, is Spotify’s higher UK subscriber ARPU (€6.47 per month compared to €5.20 per month globally according to the ever insightful Music Business Worldwide). On the surface this is clear success (and indeed the UK may well have a higher paid-to-free ratio). However, the main reason for the ARPU difference is the music industry’s fixation with non-discretionary pricing. 9.99 is 9.99 in the US, the UK and the Euro zone, even though each of those currencies have very different values. Especially now post-Brexit referendum. 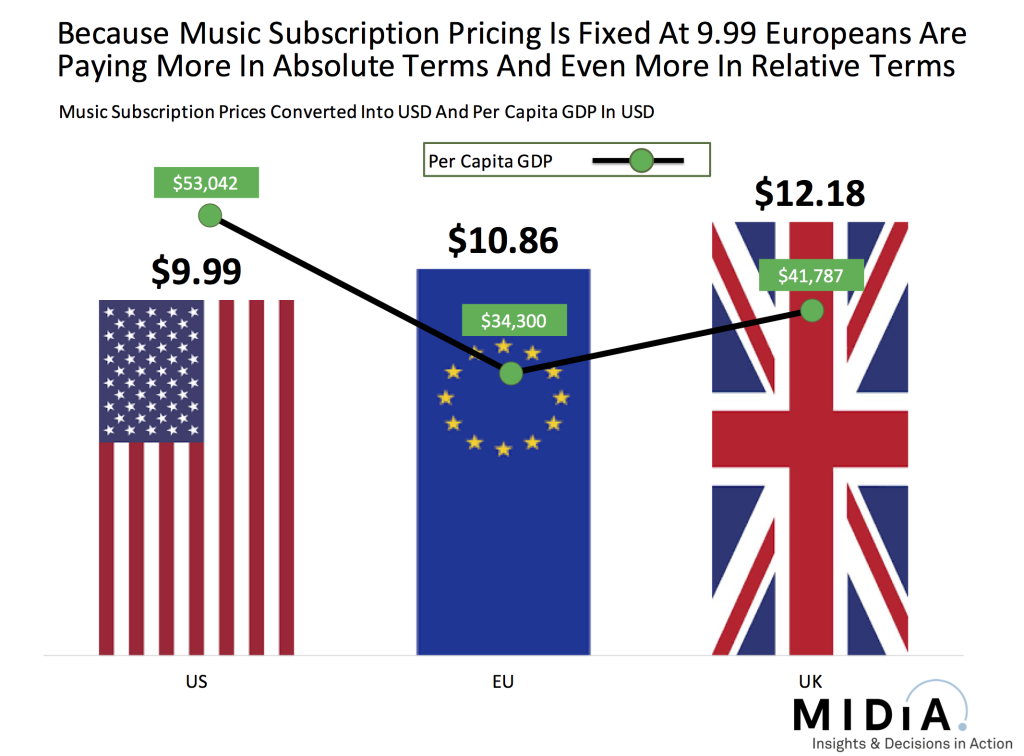 At current exchange rates, the Euro Zone €9.99 is equivalent $10.86 and the UK £9.99 price point is equivalent to $12.18. Thus Euro Zone subscribers are paying 9% more than US subscribers while UK subscribers are paying 22% more. What makes matters even worse is that US per capita GDP (a measure of relative wealth of the population) is 55% higher in the US than in the EU and 27% higher than in the UK. So in effect that means a combined pricing ‘swing’ of 63% for the US compared to the Euro Zone and 49% compared to the UK.

In short, European subscribers are getting doubly hit by the music industry’s insistence on non-discretionary pricing for music subscriptions. While there are a host of commercial factors that can be cited in favour of the approach (e.g. it helps mitigate against currency fluctuations) there is zero customer value, unless of course you happen to be a US resident consumer.

Regular readers will know I am a long term advocate of a more sophisticated approach to subscription pricing (e.g. mid tier products and super-premium options) but before we get there, a first step should be to ensure that European music fans get a fair deal compared to their US peers. Or of course, we could try the alternative: increasing US subscriptions by 63% which would mean a $16.32 price point. Sounds crazy right? Exactly…