Has Apple Woken Up To The Power Of Bundled TV? 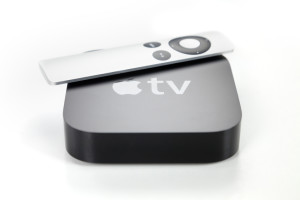 Yesterday’s announcement at Apple’s WWDC event that it was partnering with Sling TV (the Dish Network’s online pay –TV subscription service) to be the first media streaming device to feature the new Sling interface for the TV subscription service. This represents a strategic pivot for Apple in the TV space.

Sling TV is All About The Bundle

Sling TV is Dish’s rearguard action to minimize the disruptive impact of cord-cutting for cable and satellite TV as the traditional US pay TV industry lost 2.1% subscribers in 2015. (See MIDiA Research’s US Pay-TV Disruption And Consolidation report for more on this.) Minimum monthly rolling contracts, mobile device optimized content, and skinny bundles have made Sling a viable alternative for cord-cutters and increasingly the cord-nevers who want premium TV content without the expensive long-term commitments of traditional US pay-TV.

Sling have designed a new interface which allows its users to create personalized TV guides based upon the channels, which they have selected rather than the full section of channels offered on Sling. This, on top of the wide selection of pay-TV networks channels such as ESPN, CNN, and AMC, effectively means that Sling is an SVOD iteration of traditional pay-TV.

So for the first time Apple TV will feature a pay-TV bundle service alongside its channel apps directly countering its official app first policy.

As part of the promotional announcement yesterday it was announced that Apple and Sling are working on a combined promotion that subscribers who pre-pay for 3 months of the service (starting at $20) will be able to buy the Apple TV box for a reduced price of $90 instead of the standard price of $150. Considering that Apple has opened the door to a bundle operator service app on its TV platform, it is surprising/interesting that the billing side of the new subscription service will all be handled through the Sling website rather than via the Apple TV billing system. Ostensibly this is because Apple’s system is not yet optimized for showcasing the customised services offered on its service. The direct reality however is that Apple is cut out of the billing process and Sling’s parent Dish Network retains its 15% which would otherwise go to Apple as the aggregating intermediary.

The fact that Apple has allowed both a pay-TV bundle onto its flagship TV service and has agreed to forgo the revenue share of the new users of the service underlines the passive acceptance by Apple that TV bundles are equally as important as channel apps for the future of premium online video consumption.

Equally revealing is the awareness that Apple no longer feels like it is in a position to dictate terms of engagement to the TV industry in the way that it was able to do so successfully with the music industry during the launch of iTunes back in the visionary days of Steve Jobs.