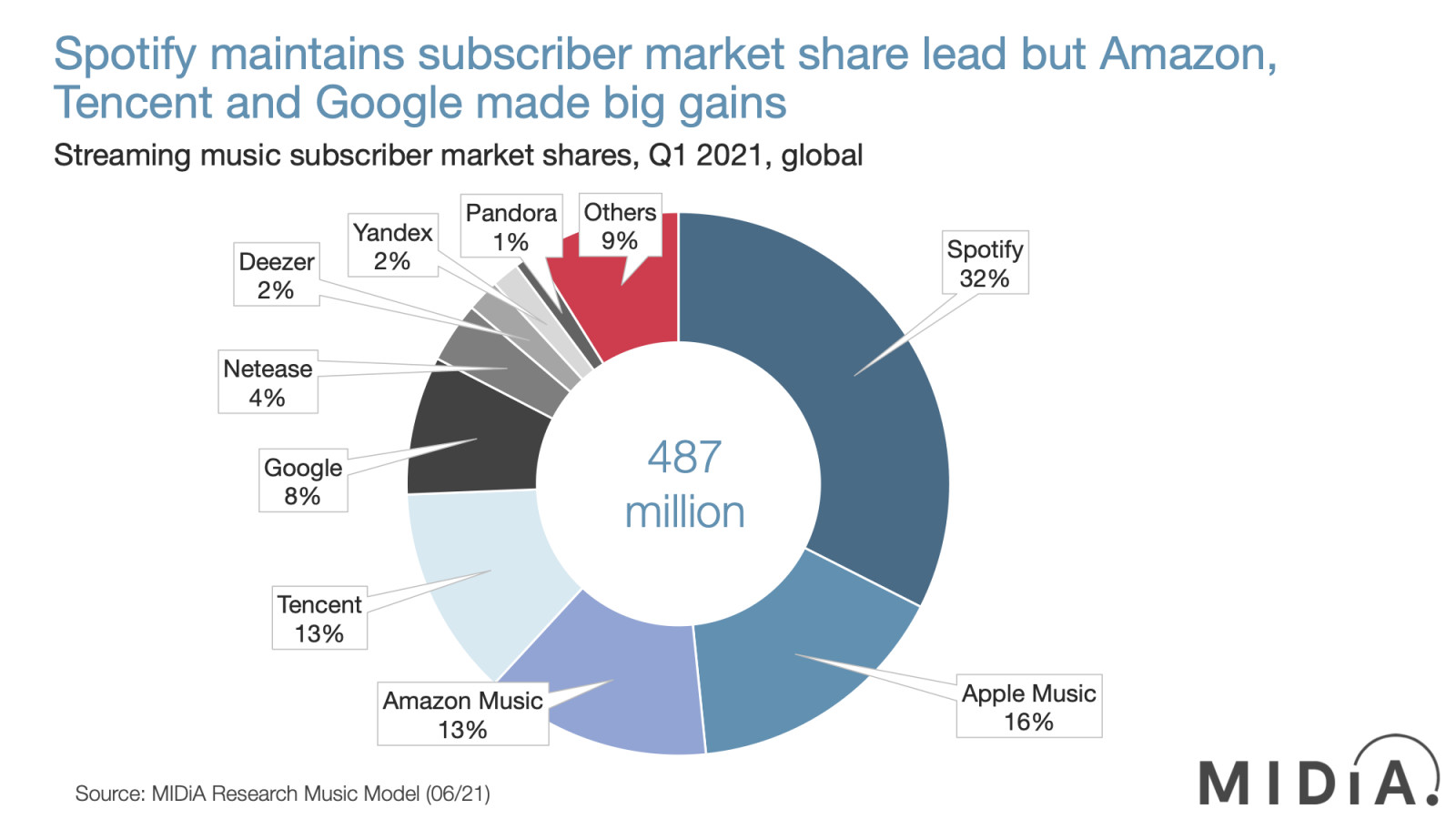 The music industry’s growing obsession with declining ARPU will continue to colour the outlook for the global streaming market in revenue terms, but the positive driver of this equation is the rapid growth of music subscribers. There were 100 million new music subscribers in 2020, taking the total to 467 million. (In 2019 there were just 83 million net new subscribers). A further 19.5 million new subscribers in Q1 2021 pushed the number up to 487 million. While the failure of subscription revenues to keep up with the pace resulted in ARPU falling by 9% in 2020, this lens detracts from the huge momentum in paid user adoption. Subscription revenue might not be increasing as fast as some would like, but the global music subscriber base is not just growing – it is growing faster than ever.

Spotify continues its global dominance, adding 27 million net subscribers between Q1 2020 and Q1 2021, more than any other single service. However, it lost two points of market share over the period because its percentage growth rate trailed that of its leading competitors. Google was the fastest-growing music streaming service in 2020, growing by 60%, with Tencent second on 40%. Amazon continued its steady trajectory, up 27%, while Apple grew by just 12%.

Google’s YouTube Music has been the standout story of the music subscriber market for the last couple of years, resonating both in many emerging markets and with younger audiences across the globe. The early signs are that YouTube Music is becoming to Gen Z what Spotify was to Millennials half a decade ago.

MIDiA will be publishing its country-level music subscriber numbers as part of the global music forecast report and dataset which will be available to clients Monday 12th July. If you are not yet a MIDiA client and would like to know how to get access to the data, email stephen@midiaresearch.com

by Mark Mulligan
21 May 2021
Apple and Amazon made a splash this week by integrating Hi-Res Dolby Atmos audio into the basic tiers of their streaming services . The timing, i.e. just after Spotify started increasing prices, is –...
No thanks