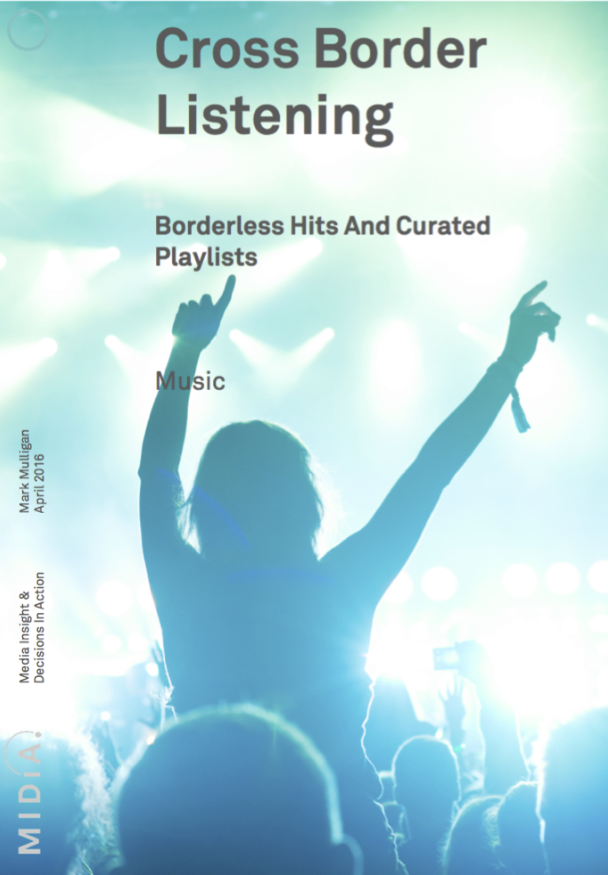 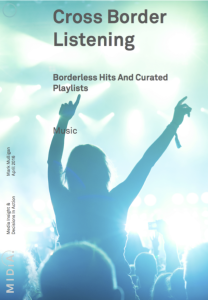 On Friday at Midem we launched our new report ‘Cross Border Listening: Borderless Hits And Curated Playlists’. MIDiA produced this report in conjunction with Midem for the 50th anniversary event and it includes exclusive data from Spotify and brand new MIDiA consumer data. The report is immediately available to MIDiA clients on the MIDiA website but can also be downloaded for free directly from Midem by following this link.

Here are some of the key findings from the report:

The US and the UK have long dominated the global music industry, thanks in no small part to the benefit of having that most exportable of languages, English, as their mother tongue. A heritage of decade after decade of stellar artists and music scenes of course also helps, but the first signs are emerging of smaller music markets being able to make their mark on the global arena in a way previously unimaginable. The catalyst? What else could it be other than that omnipotent change agent streaming. But while the old world establishment may have been the glass ceiling for international breakout in the analogue era, a new set of gatekeepers now determines just how far your song can travel.

Streaming music services are rapidly emerging as both retail and radio successors rolled into a single whole. This is full stack music, not in terms of an integrated ecosystem of different revenue sources, but instead as an end-to-end marketing and distribution channel. This gives them an equally unprecedented ability to drive cross border listening and help tilt the balance from cultural globalization to internationalization. 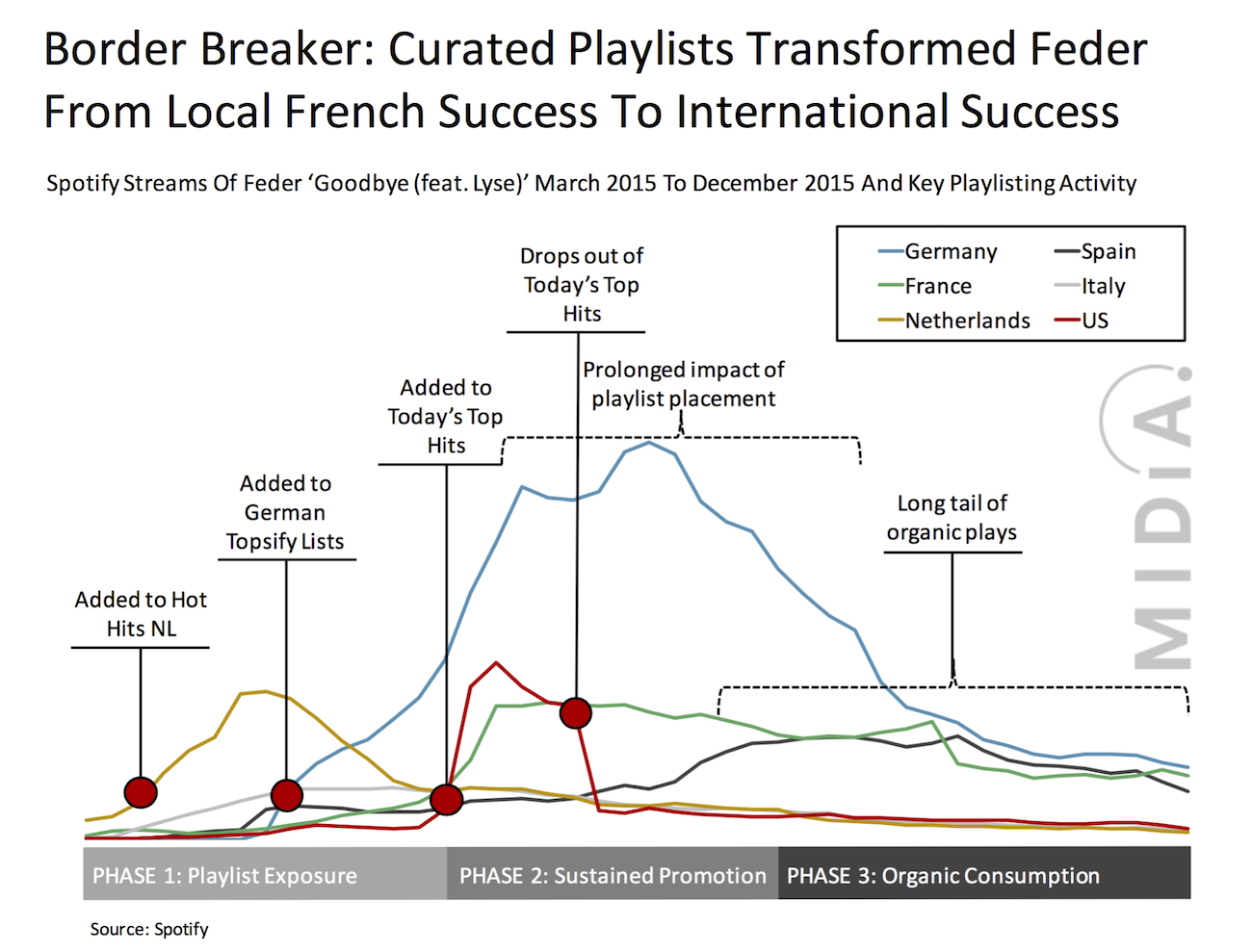 For the express purposes of this report Spotify shared with us streaming data to demonstrate how a French electronic music artist Feder broke through to international success with his vocal house track ‘Goodbye (feat. Lyse)’. The data simultaneously illustrates the appetite for international repertoire among Spotify’s user base and the pivotal role of curated playlists. Strategic use of local curated playlists transformed French act Feder’s ‘Goodbye’ into an international hit.