Artists Direct and Streaming the Big Winners in 2018 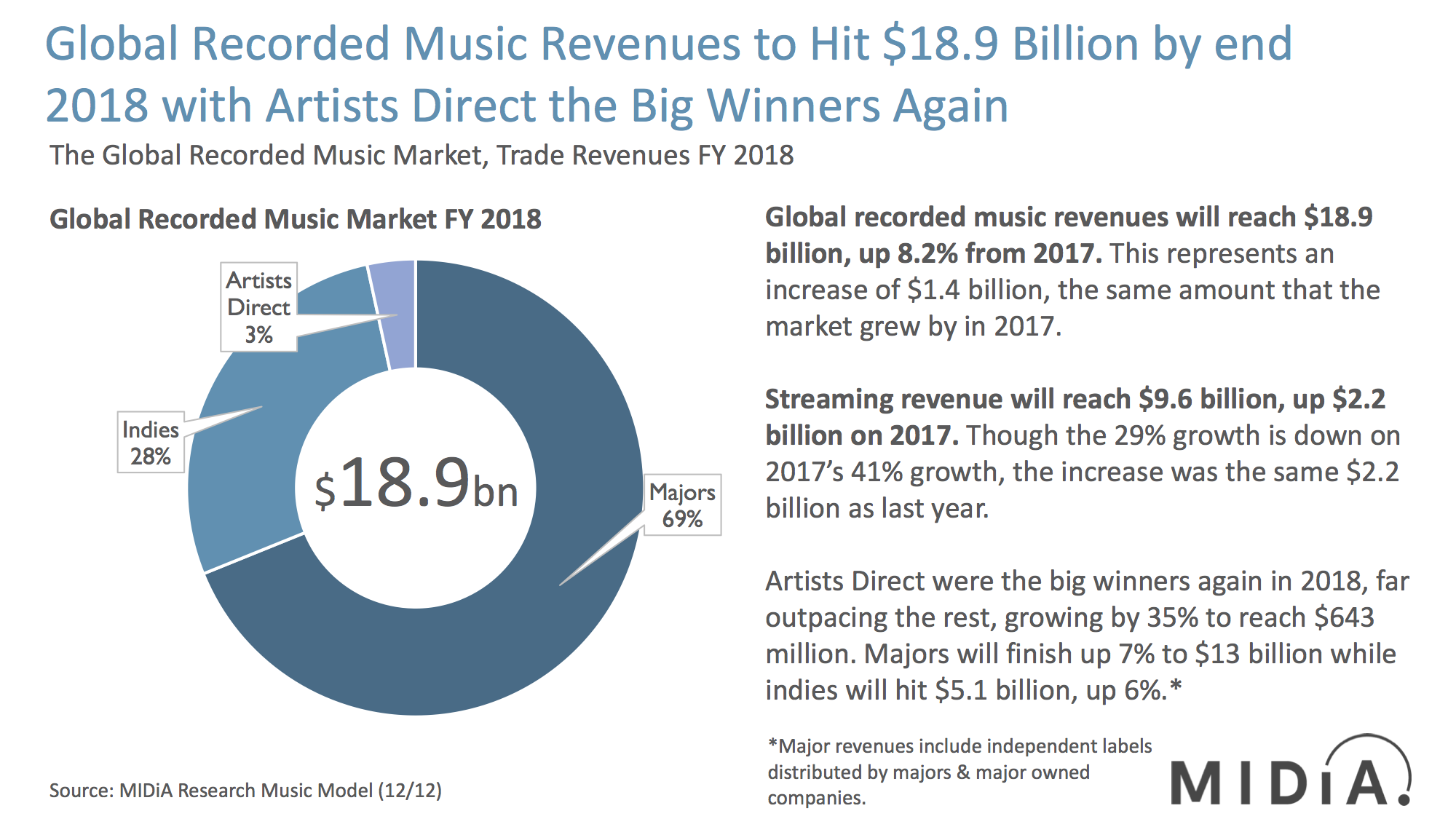 With less than two weeks of 2018 left, the die is largely cast for the year, but we’ll have to wait at least a couple more months for the major labels to announce their results (though WMG still hasn’t declared its calendar Q3 results), and then another month or so for the IFPI numbers. So, in the meantime, here are MIDiA’s forecasts for 2018 based on the first three quarters of the year and early indicators for Q4. To create our end of year revenue estimate, we collected data from record labels, national trade associations and also confidential data from the leading Artist Direct / DIY platforms. We plugged this data into MIDiA’s Music Market Share model and benchmarked against quarterly and full year 2017 growth.

It was another great year for the recorded music business, with streaming consolidating its role as industry engine room. Here are the key takeaways for 2019: