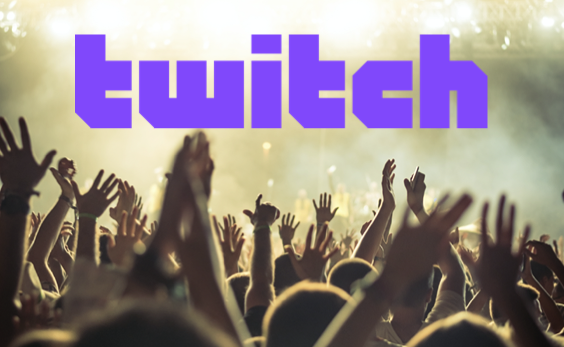 Twitch has apologised to its users for the growing volume of rights holder takedown notices for music used in Twitch videos. Twitch is in an awkward transitionary phase with music rights holders, not dissimilar to where YouTube was when it was acquired by Google. 14 years on from that acquisition, YouTube’s relationship with rights holders is in a better place but short of where it should be. Article 17, weaving its way between the competing lobbying efforts of rights holders and tech platforms, is just the latest mile marker on a long and winding rocky road. Twitch, like YouTube, does not fit the licensing norms of most streaming services, resulting in repeated stand offs. But just like the music industry still hasn’t grasped the full potential of YouTube, it may be making a similar mistake with Twitch.

Firstly, for sake of clarity, MIDiA firmly believes that copyrighted work should be used correctly and remunerated. We are not, in any way, suggesting that a platform should be able to use music without permission. However, the current licensing structures are:

b)     YouTube and Twitch represent an opportunity to create new growth drivers, especially for artists, that can help fix the ‘broken record’

A lack of sync in sync

Let’s address the first point, well, first. Platform-native creators on YouTube, Twitch and TikTok create content so frequently they make the music industry’s volume and velocity problem look like child’s play. Usually, creators who want music in their videos have a choice: 1) get sync licenses, 2) get library music, 3) use music without permission and get taken down or demonetised.

The problem with option one is that sync clearance is a lengthy process that can take weeks and cost a lot. Not a great fit for creators who create and upload videos the same day. Companies like Lickd are trying to fix this with catalogues of pre-cleared music, but the industry as a whole is moving too slowly. For the record, MIDiA’s preferred solution is for platforms securing large ‘sandboxes’ of pre-cleared tracks for creators and developers to work with. An early example of this is the NFL making all of its soundtracks available for creators on a Synchtank powered site.Unless music rights holders want to cede the growth in the music UGC space (which will be worth $5.9 billion by end 2022) to library music companies, they need to put alternative approaches at the core of their licensing strategy, not simply pursue them as interesting ‘edge’ experiments.

Going beyond the stream

However, the biggest music industry opportunity is not licensing music. It is monetising fandom. The #brokenrecord debate has shone a light on how streaming’s scale benefits do not trickle down at a sufficient rate to creators. Artists compete for tiny bits of highly valuable ‘real estate’ – playlists, artist profiles etc – but most often do not get enough to earn a living. While efforts like user-centric licensing and better songwriter rates will help, they will not change the underlying fundamentals of streaming economics. The counter argument is that scale will change everything, but:

Before live stopped, streaming existed in a mutually beneficial ecosystem, giving artists more fans for concerts and merch. Now that live is out of the equation, streaming isn’t enough.

This is where platforms like YouTube and Twitch can come in. They enable creators to build loyal fanbases of which they can monetise the loyal core to build sustainable careers. The idea of ‘1,000 True Fans’ was first put forward years ago by Kevin Kelly but now the dynamics of social platforms have made this a realistic possibility for any creator. Nevertheless, music artists are still way off the pace.

Twitch and YouTube enable creators to build (often small) loyal fanbases that can generate them income that far exceeds what artists get from streaming. MIDiA terms this dynamic ‘micro-communities’ and we think it will be one of the trends that will shape the music business in 2021 and beyond. As part of our creator tools research we will be exploring how platforms like Splice and Landr will be able to build their own artist-fan communities that can be as valuable to artists as Bandcamp is to many already.

Streaming created a superstar economy where even within the non-superstars, superstars exist. For example, Tunecore states it has ‘thousands’ of artists that make more than $100,000 a year. A simple bit of arithmetic shows that this means the remainder make less than $100.

If the industry does not support this new virtuous circle ecosystem, then it could bring the streaming model crashing down due to creator discontent.

by Alistair Taylor
15 Oct 2020
English Premier League (EPL) clubs have agreed an ‘interim solution’ to allow fans to continue watching their teams live. EPL fixtures not selected for broadcast in October will be available to fans...

by Dara Jegede
26 Oct 2020
User-generated content will contribute a significant proportion of the growth in music consumption over the next two years in an opportunity that is worth circa. $6 billion to the music industry value...
No thanks