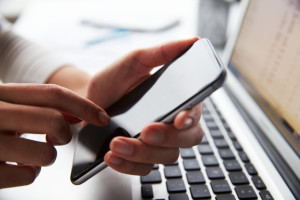 Last week saw headline grabbing announcements from the two big “traditional” players in social media - Facebook and Twitter. Facebook’s announcement that it was going to widen its live broadcasting service Live to groups and events was accompanied by its statement that it was placing a new video tab at the centre of its mobile app, facilitating video discovery and sharing. In the same week, under fire Twitter revealed that it had bought the Thursday night NFL digital streaming rights, announcing its first foray into paid live content.

Ostensibly they are different strategies. While Facebook continues its promotion of user-generated content for monetization through ad-revenue, Twitter has a more traditional paid content audience acquisition and ad sharing model. However they are both equally revolutionary in their implications and both revolve around the growing centrality of video content for social media interaction.

Technology Has Caught Up With Consumer Demand

Facebook’s decision to roll–out the ability for select users to broadcast video to equally controlled audiences either through page, event or group notifications and friend referrals is a reflection of two trends. Firstly the technology (video stream capable smartphones and bigger data allowances) has enabled the second trend- the actualization of latent demand for video content. Up until now people have made do with photos to illustrate content and their lives. This was more a reflection of the limits of devices and data infrastructure than an accurate reflection of how people wanted to visualize content. Instagram’s launch of its spotlight video feature in January shows just how much consumers now value video over the still image.

Facebook’s decision to both push video proactively to its users through its newsfeed and now through the video tab on the mobile app is a recognition that if it wants to keep making money out of free content, then it has to have a rich video experience available both for content creators and for consumers. UGB (User Generated Broadcast) is one of the strands of its video strategy, and its controlled rollout, initially only to verified page owners and then to controlled groups suggests that Facebook will be carefully evaluating its adoption to see how likely it is to gain popular traction.

Video Is The Natural Way To Tell Stories

Twitter’s decision to buy live video content for the first time is a recognition that it needs to include a more mainstream offering to entice the average internet user. Its purchase of the UGB app Periscope at the beginning of last year has failed to translate into increased usage on the platform, largely because of the technical challenges of creating compelling live broadcasts for non-broadcast professionals. Streaming live American football games makes twitter a mainstream proposition, and at the same time allows the NFL to experiment with social media integration of live streaming of premium content. People now have an additional reason to go to Twitter, especially if it is via twitter feed embeds on third party websites, which again allows the NFL to experiment with digital distribution in the post platform era of mobile content consumption.

Put simply the two social media giants need video because it is the natural way to tell stories and transmit content in the digital era. The growth of additive video consumption enabled by increased smartphone usage increases both the appeal and the need for video to be an integral part of the online conversation for the digital consumer.