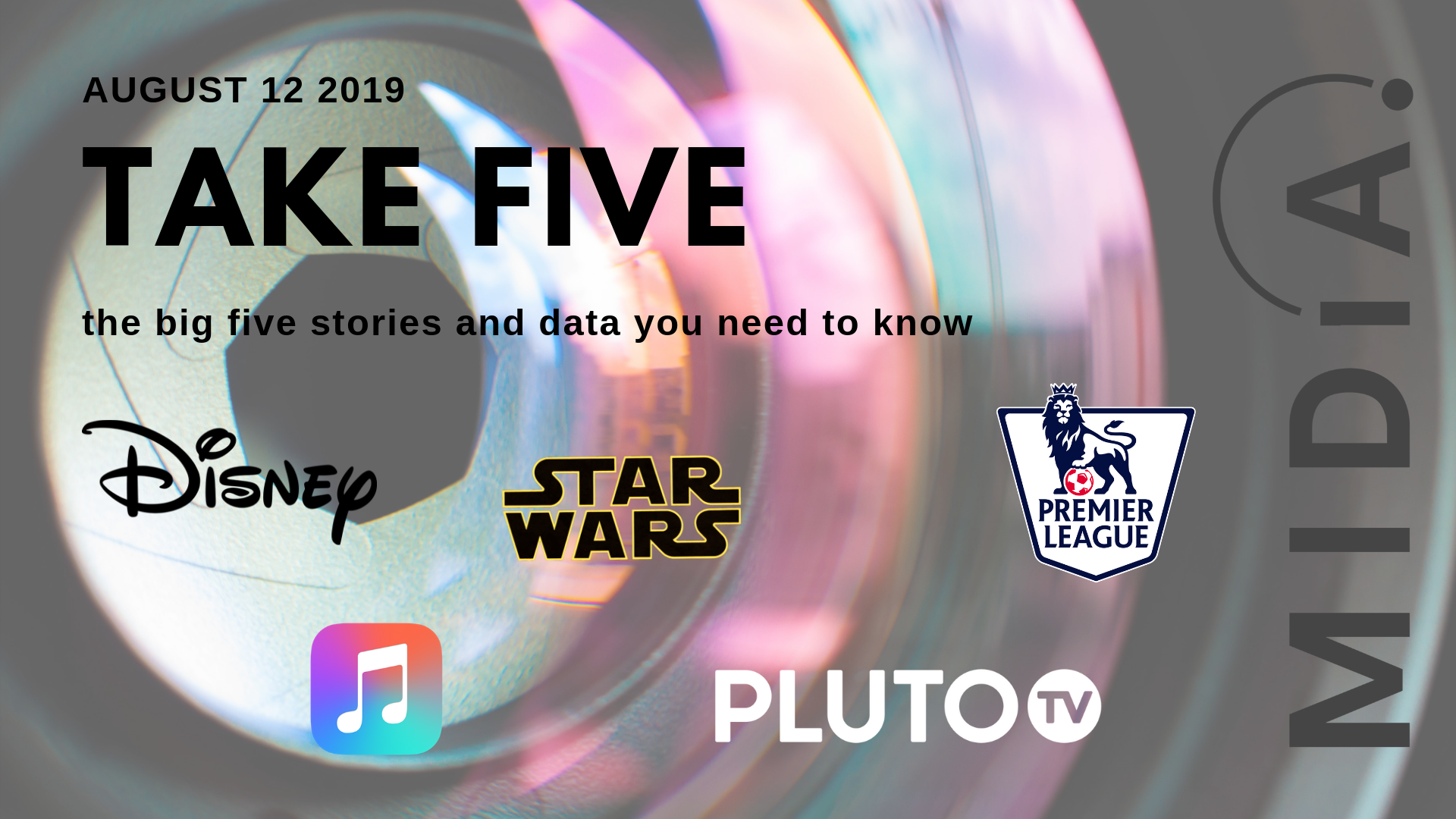 Apple ups its artist analytics but do artists care? Kobalt and Spotify both helped reshape the music industry’s understanding of what role data should play and how it should be presented. Apple announced its Apple Music for Artists (AMFA) is coming out of beta with a whole host of cool dashboards and analytics that dive down to city level. Powerful stuff indeed. The problem, though, is not data scarcity but data abundance. Overwhelmed by dashboards and tools, artists and their managers are becoming victims of data paralysis.

Streaming video endgame: Paradigm-shifting announcements don’t come along often and when they do it is not always obvious that they are so important. This is one of them: Disney announced it will bundle its forthcoming Disney+ with Hulu and ESPN+ all for just $12.99. For a tiny fraction of a cable subscription, Disney is giving the average family everything it needs from a TV package. The bundle simultaneously competes with Netflix and the traditional pay-TV companies Disney relies upon for carriage fees. This is go-big-or-go-home for Disney and is perhaps the biggest, boldest move yet in the streaming wars.

Star Wars – too much too soon: When Disney bought Lucasfilm for $4.1 billion in 2012 it was a statement of intent, particularly following the 2009 acquisition of Marvel. Marvel prospered with the almost TV-episode frequency of releases; the Star Wars franchise less so. With toy sales down, Galaxy’s Edge underattended, and disgruntled fans CEO Bob Iger cited ‘Star Wars fatigue’ and committed to slowing the release schedule. The temptation to saturate markets to compete in the attention economy can be hard to resist.

Pluto drives Viacom growth: Viacom’s ad-supported streaming service Pluto TV hit 18 million active users at the end of July, up from 12 million at the start of the year – with its connected TV user segment growing 400% year on year. Growth is so fast that 50% of ad inventory remains unsold. Nonetheless, coupled with Viacom’s Advanced Marketing Solutions (AMS) division US ad revenues returned to growth (6%) in the quarter while total Viacom revenues were up 6% also, to $3.35 billion. Maybe you can teach an old dog new tricks.

Sports bubble? What sports bubble? With pay-TV companies losing subscribers and overspending on drama to hold off Netflix, budgets for sports rights are going to feel the pressure. But in the English Premier League (EPL) the mantra is make hay while the sun shines. Total transfer spending before the pre-season deadline reached £1.41 billion which was fractionally below the £1.43 billion record set in 2017. More than half the clubs broke their individual player transfer records. The market will likely get even more heated when streaming players start increasing their spend, but if they get a market stranglehold they will do what they do best: ‘bring efficiencies into the supply chain’, which is west coast code for squeezing suppliers. Be careful what you wish for sports leagues.