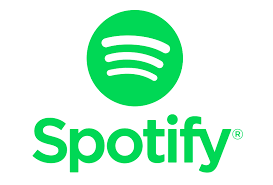 Takeaway: Spotify’s subscriber growth is maintaining its solid organic growth trajectory, with paid trials continuing to be the growth accelerant that keep total growth on a steeper growth curve.

Takeaway: Premium revenues continue to be the beating heart of Spotify’s business. Though ad supported represents a massive long term opportunity, that business is going to take much longer to kick into motion. Growth though is not linear and is shaped by seasonal trial cycles.

Takeaway: Any growth stage business that is aggressively pursuing audience growth faces the challenge of bringing a high share of low value users into the acquisition funnel, which in turn keeps churn up. Sooner rather than later Spotify is going to need to start focusing more heavily on retention than acquisition, especially in more mature markets.

Takeaway: Spotify’s Barry McCarthy stated prior to Spotify’s listing was going to remain squarely focused on 'growth and market share'. So modest progress on margins needs to be set in the context of a company that is focused on growing now while the market is still in flux, and planning to tighten its belt when the market starts to solidify. Spend now while growth is to be had.

Since its listing, Spotify has found itself rocketed into the spotlight with no end of financial analysts now setting their sights on the streaming company and making their own estimates for revenues and subscribers. The somewhat predictable dominant narrative is how much Spotify does, or does not, compare to Netflix. Spotify is going to have to get used to those sorts of comparisons. The good news for Spotify is that its first earnings compare well with when Netflix was at similar stage of its growth.

In Q4 2015 Netflix hit 74.8 million total subscribers, up 5.6 million from the previous quarter. Streaming revenues were up 6% to $1.7 billion while cost of revenues were at 70% of revenues and quarterly premium ARPU was $22.37. Over the course of the next 12 months Netflix would add 19 million subscribers to reach 93.8 million by end 2016.

It is clear these are snapshots of companies at very similar stages of growth, however Spotify has slightly higher cost of revenue and lower ARPU than Netflix did in Q4 2015, both of which need fixing. The indications are thus that Spotify has a solid chance of following a similar path. Indeed, MIDiA’s estimate for Spotify’s end of year subscriber count is 93 million, putting it on exactly the same growth trajectory as Netflix was in 2016. For now, looking at Netflix’s performance with a 27 months look back is a pretty good proxy for where Spotify is going to be getting to.

Right now, Spotify is trying to strike a Goldilocks positioning: not too disruptive to the traditional music business but not too supportive of it either. Spotify needs to talk out of both sides of its mouth for a while, showing how much value it is delivering to traditional rights holders but also how it is an innovative force for change. The F1 filing leaned more towards the latter position, while the Q1 earnings took a more matter of fact approach. But over time, expect Goldilocks to start trying more of daddy bear’s porridge.

These findings are just a few highlights from MIDiA’s 6 chart Spotify Q1 2018 Earnings report which will be published Thursday 3rdMay. The report includes, alongside core earnings data, proprietary MIDiA metrics such as gross profit per subscriber and gross subscriber adds. If you are not already a MIDiA client and would like to learn how to get access to this report and other Spotify research and metrics, email stephen@midiaresearch.com