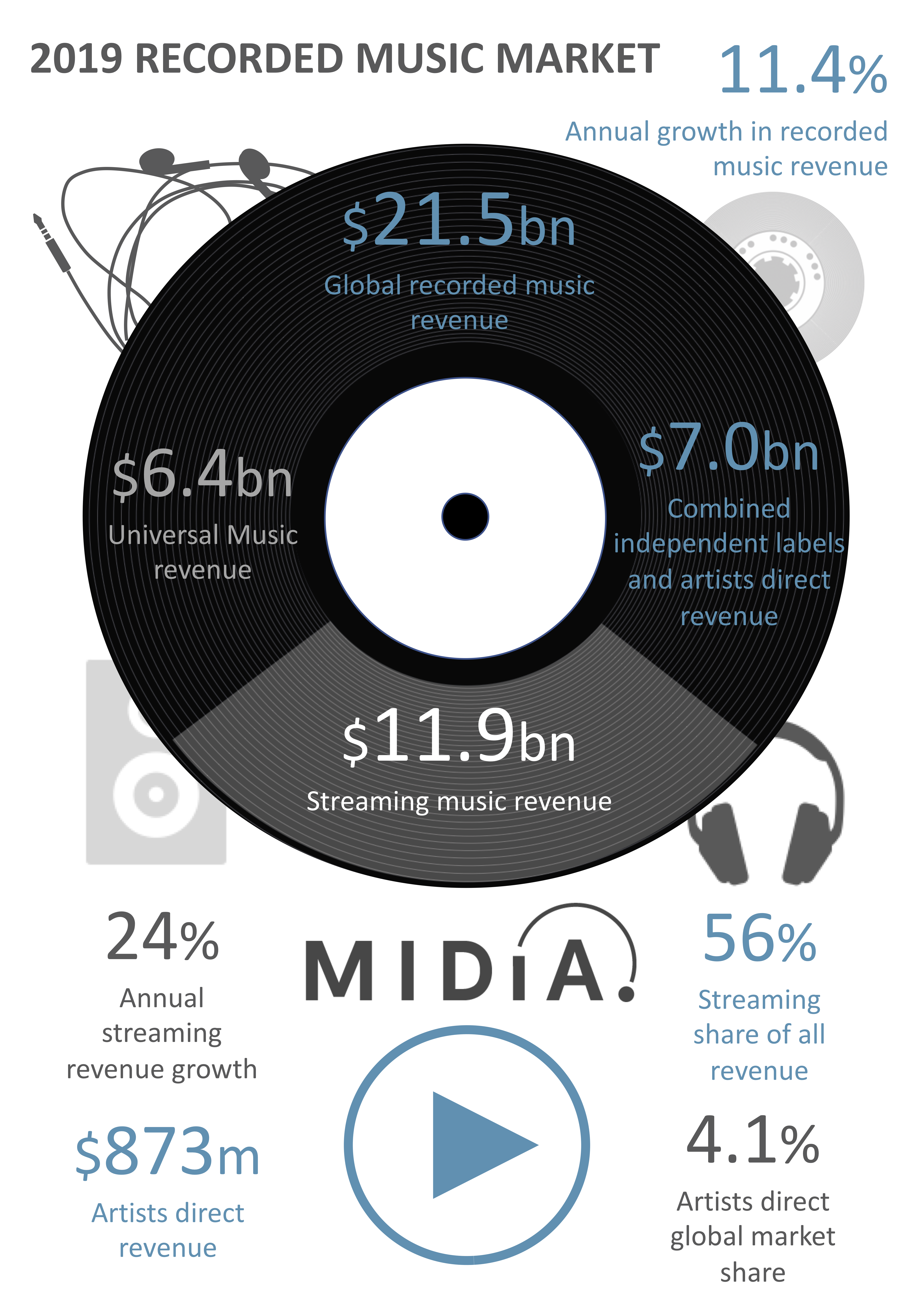 With IPOs from Warner Music and Universal Music pending and continued institutional investment into music catalogues, the music business is firmly in the sights of big money. The performance of the recorded music business in 2019 is going to heat up interest even further. The global recorded music industry continued its resurgence in 2019 with a fifth successive year of growth. Global revenues grew by 11.4% in 2019 to reach $21.5 billion, an increase of $2.2 billion on 2018. That growth was bigger than 2018 in both absolute and relative terms. Whichever way you look at it, growth accelerated, and – crucially – this growth was achieved even though streaming revenue growth slowed.

These are the key trends that underpinned growth:

Despite the inevitable slowdown in streaming revenue growth, the recorded music market managed to not only consolidate on its strong 2018 performance but improve upon it in 2019. The continued boom in recorded music revenues is accompanied by a growing complexity to the underlying business, with increased diversification of business models and artist/label relationships. Over the next few years continued revenue growth will be both accompanied and driven by business model innovation and disruption.

by Mark Mulligan
3 Jun 2020
Sorry to be the bearer of bad tidings but the global music industry will decline in 2020. Although we are now nearing the post-lockdown era in many countries across the globe, we are only just at the start…

by Mark Mulligan
28 Apr 2020
Tomorrow (Wednesday 29 th  April) Spotify announces its Q1 2020 results, at which point we will find out whether it had a COVID-bounce like Netflix did ( adding 15.8 million subscribers in Q1 ) or whether…

by Mark Mulligan
4 May 2020
UPDATE: this post has been updated to correct an erroneous data point. Previously it stated that independent market share was 41%. It has been corrected to 29% Recently I wrote about how a little-known…