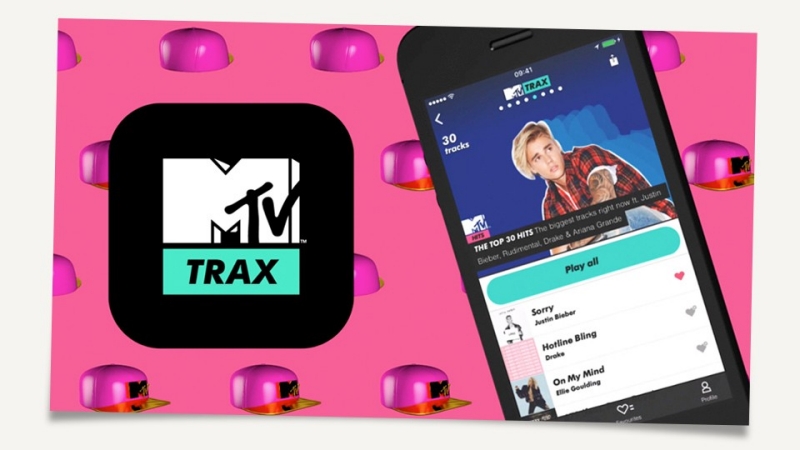 There are two gaping holes in the digital music landscape: 1) a wide range of products for mass market consumers, 2) telco music bundles for pre-pay mobile customers. MusicQubed has just taken a stab at addressing both with a MTV Trax pre-pay SIM bundle with UK mobile carrier EE. For £15 a month users get 7GB of data, texts and minutes and full access to the MTV Trax curated playlist service.

As we revealed in our Telco Music report the number of telco music bundles has more than doubled, up from 43 live partnerships in 2013 to 105 in 2015. But they are virtually all post-pay and are predominately targeted at high spending users, which typically means they are older and also most often male. Thus telco music strategy has been great at unlocking older males, less good at everyone else. Meanwhile pre-pay customers (who tend to be younger and more into music) get treated like second class citizens, seeing all the premium content bundles offered to post-pay subscribers but nothing for them.

This is the market that the MTV Trax EE SIM bundle is targeted at, giving pre-pay mobile subscribers the sort of premium music experience normally reserved for post-pay customers. Selling to music subscriptions to mass market customers is no easy task because free is the biggest competition. But selling 7GB of data for £15 a month with music as a deal sweetener is a much easier sell. Telcos will be watching the deal closely because it could it provide the blueprint for a whole new category of telco music bundles.

Mark Mulligan
18 Mar 2016
None at all Paul - virtually every single one of the music services we write about are MIDiA clients. Take a look at our 'about' page to see some of our key clients. Our client base includes telcos, labels, tech companies, phone companies, music services, digital service providers, the lot. So virtually every single thing we write about concerns one of our clients. Not because they are our clients but because they also happen to be many of the most important players and exciting young start ups in the digital marketplaces. One of the prices to pay for being a successful analyst company, which we are very fortunate to be, is that you end up with much of the marketplace represented in your client base. Also, we have built our company on the rock solid foundations of objectivity and independence. We only write about something if it is interesting and relevant to our readers. We have never, nor will we ever, accept any payment in return for exposure. We also make it absolutely clear to our clients that they cannot influence what we say about them. So, as you are familiar with our work, you will know that we routinely critique many of our clients when we consider them to have made mistakes or we consider that moves they have made are detrimental to the marketplace. Just take a look at the Essential Music / Sony Red piece we wrote a couple of weeks ago or the Bad Data Is the Worm In The Apple piece we wrote last week. We also routinely write, when it is deserved, favourably about direct competitors of our clients. For example you may have seen a recent piece we wrote about Yonder - a direct competitor to MTV Trax, in one of MTV Trax's markets. And yet Yonder is not a MIDiA client. Finally, I have long been a very vocal proponent of the mid tier subscription and pre-pay music market for many years. It is something that I personally believe to be crucial to the future success of the digital music market. (If you have opinions to the contrary I would love to hear the arguments.) So it should come as no surprise that we have worked with virtually every single one of the players in this segment (all of whom happen to be MTV Trax direct competitors) because we have a better set of data, research and analysis in this segment than anyone else has. Our expertise in this specific segment in quite simply second to none. Working with all of our client's key competitors is a huge responsibility and one that we do not take lightly. It takes an solute determination to remain objective and impartial but all our clients know that the resulting collective knowledge helps drive the overall market forward. From our client relationships we are fortunate enough to be able to have a macro picture that few others can match. We are able to see what is coming down the pipe before most other people are so we can create a market level vision that is anticipatory and accurate. I hope this clarifies things for you.
Resinkoff
17 Mar 2016
No undisclosed conflict here?
No thanks