Media, Technology And The Innovator Hegemony 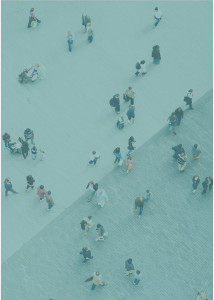 We are at critical juncture in the evolution of digital content. Digital consumption of content, spurred by accelerating adoption of smartphones and tablets, is crashing towards the mainstream, while traditional revenues and business models continue to buckle under the strain. Legal and business disputes between Amazon and book publishers, and Google and independent record labels are small but crucial parts of this process. This period of disruptive flux is giving way to a new era of content distribution in which a few large technology companies are assuming the role of distributor, retailer, channel and playback device as one single package. The emerging new world order is defined by concentration of power, reduction of competition and the subservience of traditional media companies. The 2000’s witnessed the ascendancy of digital innovators, now we are arriving at a new chapter: the Innovator Hegemony, the era of the all powerful, unregulated technology superpower.

Free Is Now the Business Model of Choice

We are mid way through the shift from the distribution era of selling units of stuff, be they newspapers, CDs, packaged games, books or DVDs, to the consumption era where consumers increasingly value access over ownership. This shift manifest itself as a meltdown of the traditional media industries and associated retailing channels. Out of the ruins of these crumbling nation states Amazon, Apple and Google have started to construct sprawling digital content empires. Until relatively recently it looked like Apple was the only company that had learned how to make digital content works as a business, albeit as a loss leading one. But during the last year the market has inevitably buckled under the pressure of Amazon’s willingness to give away access to content as bait for free shipping and Google’s endless appetite for giving content away for consumer data.

Amazon and Google realized they were never going to win if they played the game by the Apple’s rules, which had been transplanted from the analogue age, namely charging for ownership of content. Instead they have opted for the digital zeitgeist: free, or at least feels like free. It is beginning to look like iTunes was a historical anomaly, an isolated outpost fordistribution era practices in the digital realm. What Amazon and Google have done is pick up the baton Napster dropped in the early 2000’s and they have run with it.

There is little reason media companies would want to cede so much power and pay the inexorable price of devaluing digital content to the price point of zero. They do so because they allowed their partners to get too powerful. This is the Innovator Hegemony. Apple, Google and Amazon all used content as a stepping stone towards achieving global scale, scale that once gained they used to swap the balance of power. Labels, publishers, authors and artists suddenly found themselves beholden to companies they had helped succeed and that success now used against them.

The three big technology companies have a greater concentration of influence and market share in digital content than any single media company did in the analogue era. Amazon, Apple and Google have become a single, effective monopoly in each of their respective marketplaces. Thus anti-trust legislation currently has the unintended consequence of reinforcing market concentration.

Matters are not helped by the fact that media companies have become something of a busted flush at the legislative level, having over reached with copyright and anti-piracy lobbying efforts. The dramatic collapse of SOPA and the failure of Hadopi illustrate how media companies have lost legislators’ hearts and minds. After years of media industry ascendency the lobbying balance has swung towards the technology companies who are winning over key influencers such as the European Commissioner Neelie Kroes.

Right now Amazon and Google are testing the boundaries, seeing what they can get away with before they are reined in. Amazon is unashamedly abusing its platform to hurt sales of book publishers such as Hachette and Bonnier, while Google is equally brazenly threatening to turn off monetization of music videos of labels that will not sign its overweening YouTube contract. Interestingly both Amazon and Google appear to be testing just how forceful they can be with the independent ends of the media business spectrum. These actions show us how vertically integrated platforms have a tendency to become internal de facto monopolies with effectively limitless internal power. Power that corrupts, and that ultimately turns the ideologies of these once idealistic disruptive start ups into police states where dissension is no more tolerated than it is in North Korea.

It is time for media companies and policy makers to decide whether they are brave enough to stand up to the Innovator Hegemony. Every content company still has the nuclear option of pulling content from the services but few will ever dare to do so – the German YouTube stand off a rare exception. And therein lies the problem, media companies already feel they cannot exist without the big technology partners and the tech companies know it. Without appropriate macro checks and balances the outcome will always be the timeless, asymmetrical roles of bully and bullied.