Is ESPN+ The Shape Of Future Video Sports Coverage? 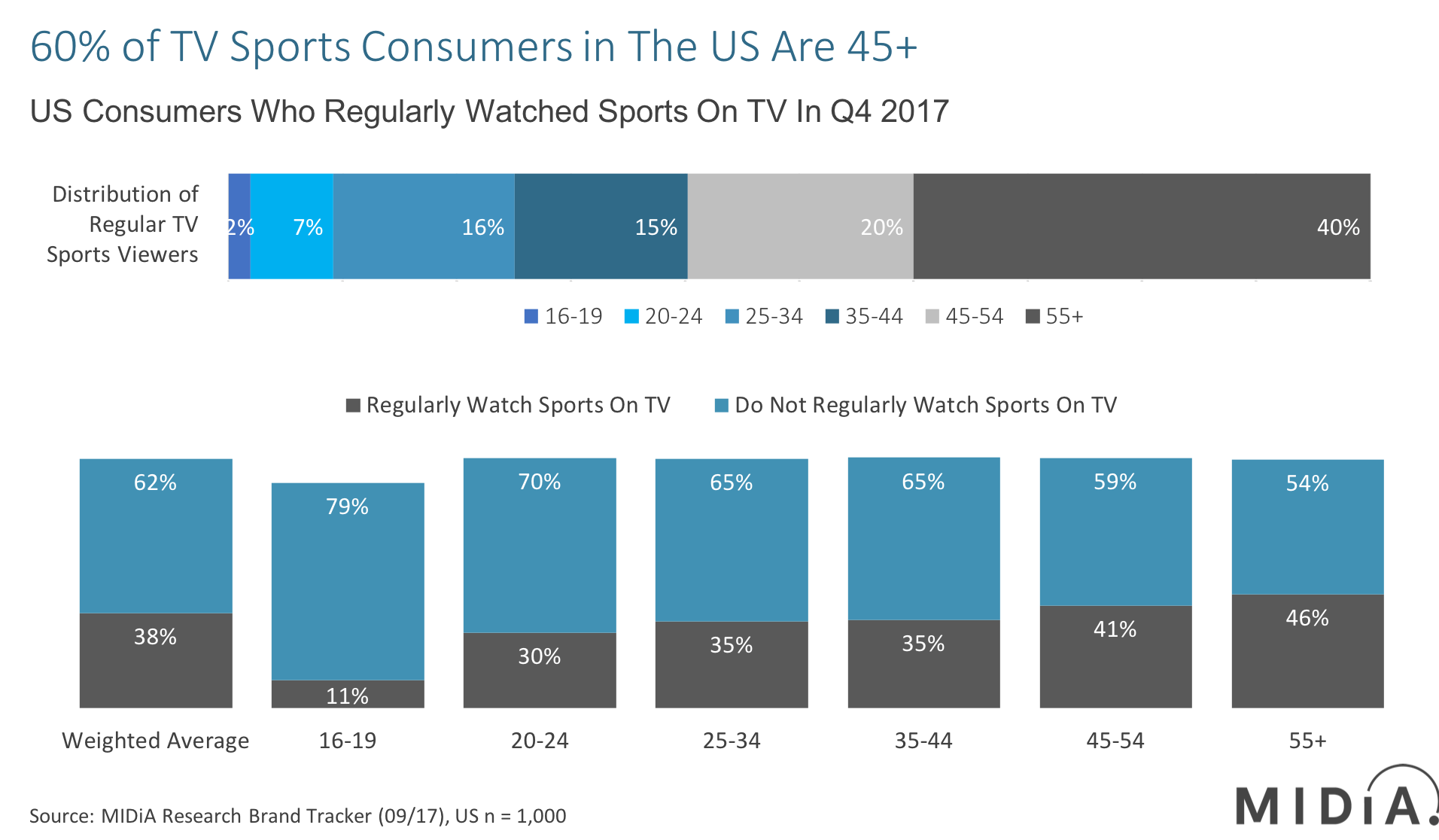 On 12 April Disney will launch ESPN+ into an increasingly competitive market. The move forms part of Disney’s stated aim to reach consumers directly, following on from the creation of a dedicated direct-to-consumer and international business unit established last month.

After gaining invaluable experience with the launch of its ESPN+ direct-to-consumer proposition, Disney will proceed to launch its own SVOD service in 2019, bringing it into direct competition with Netflix and Amazon Prime Video – the current global leaders in SVOD. This follows on from Disney’s decision to end its SVOD distribution deal with Netflix which was agreed back in 2012.

At the time of writing this post both new SVOD services are focused on the US market, but with the rapid evolution of video into a global marketplace this strategy will inevitably face challenges from its inception, as Disney’s SVOD competitors are competing globally rather than domestically.

The rationale behind ESPN+ is different from the Disney SVOD service; the former is about future-proofing an eroding asset, and the latter is about leveraging a compelling consumer brand.

Why ESPN needs to move into streaming The above chart highlights the existential future crisis facing ESPN: its audience is aging and ESPN’s value proposition no longer resonates with younger video consumers. While 60% of TV sports viewers in the US are aged 45 or older, only 9% are aged 16–24. Alongside the demographic time bomb building around ESPN’s core audience, video continues to grow as a consumption experience across SVOD and social, while sports viewing has noticeably gone down, declining from 42% in Q3 to 38% in Q4 2017.

ESPN’s challenges are those faced by all major sports networks; interest in the core product is waning at the same time that younger audiences are migrating from broadcast TV to mobile and SVOD alternatives.

ESPN+ is a way to stem that erosion by creating a streaming-first mobile-centric viewing experience for younger audiences. However, delivery is one thing, but retaining the interest of younger digital first audiences in long-form sports content remains a key challenge. Why  sit through a two-hour and 52-minute Major League Baseball match when you can watch nine YouTube videos at your own time and convenience? That’s ESPN’s real challenge going forwards.