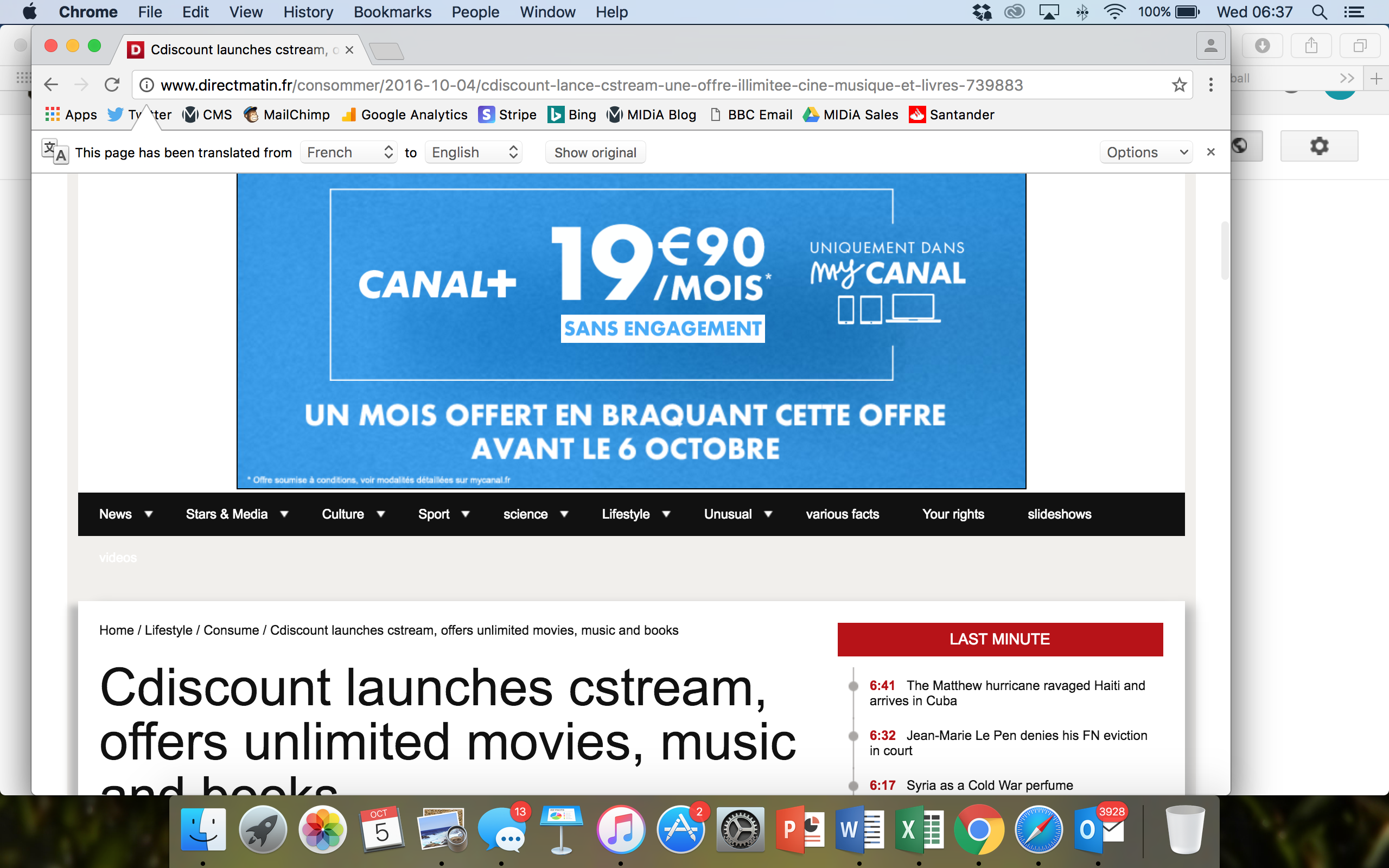 The paucity of innovation and differentiation in the streaming music market is a direct cause of the slowdown in streaming growth outside of Spotify and Apple’s continued – and now, market dominating - success. Not much will change until music rights holders bite the bullet and start enabling a much more diverse services landscape via licensing. However, one way around the impasse is to dilute the impact of music’s constraints by launching a multi-genre content subscription. This is exactly what French retailer Cdiscount has done, launching Cstream – a €9.99 monthly subscription that includes books and video alongside personalized curated playlists. In addition to music, the subscription gives users access to a relatively small catalogue of 300 movies (with 50 new ones each month), kids content and 50,000 books and 30 magazines. The focus is on providing a curated, family-led experience.

Cstream is powered by the wholly owned French subsidiary of UK digital music services provider 7Digital, one of the few independent music white label companies left standing following the demise of Omnifone and the acquisition of Medianet by SOCAN earlier this year. This remains a vibrant sector with a lot of demand and 7Digital should prosper in a marketplace that they can now make their own. However, one of the challenges for non-digital generalists like Cdiscount trying to carve out a slice of the digital music market is the double task of trying to educate relatively mainstream users about a new proposition and at the same time attempting to build an entirely new brand from scratch. (And before you think that challenge is from yesteryear, only last week Rogers Communications announced that it was shuttering its online video service Shomi due to weak demand.)

None of this it to say that Stream cannot be a success, just that the path is littered with the corpses of failures. Cdiscount does however have two key factors in its favour:

Cdiscount is to be credited for trying to break the mold, and although it has a challenging task ahead of it (especially without scripted drama and video originals) its focus on families and the mainstream makes a refreshing change from the persistent market obsession with the much smaller addressable base of music and video superfans.