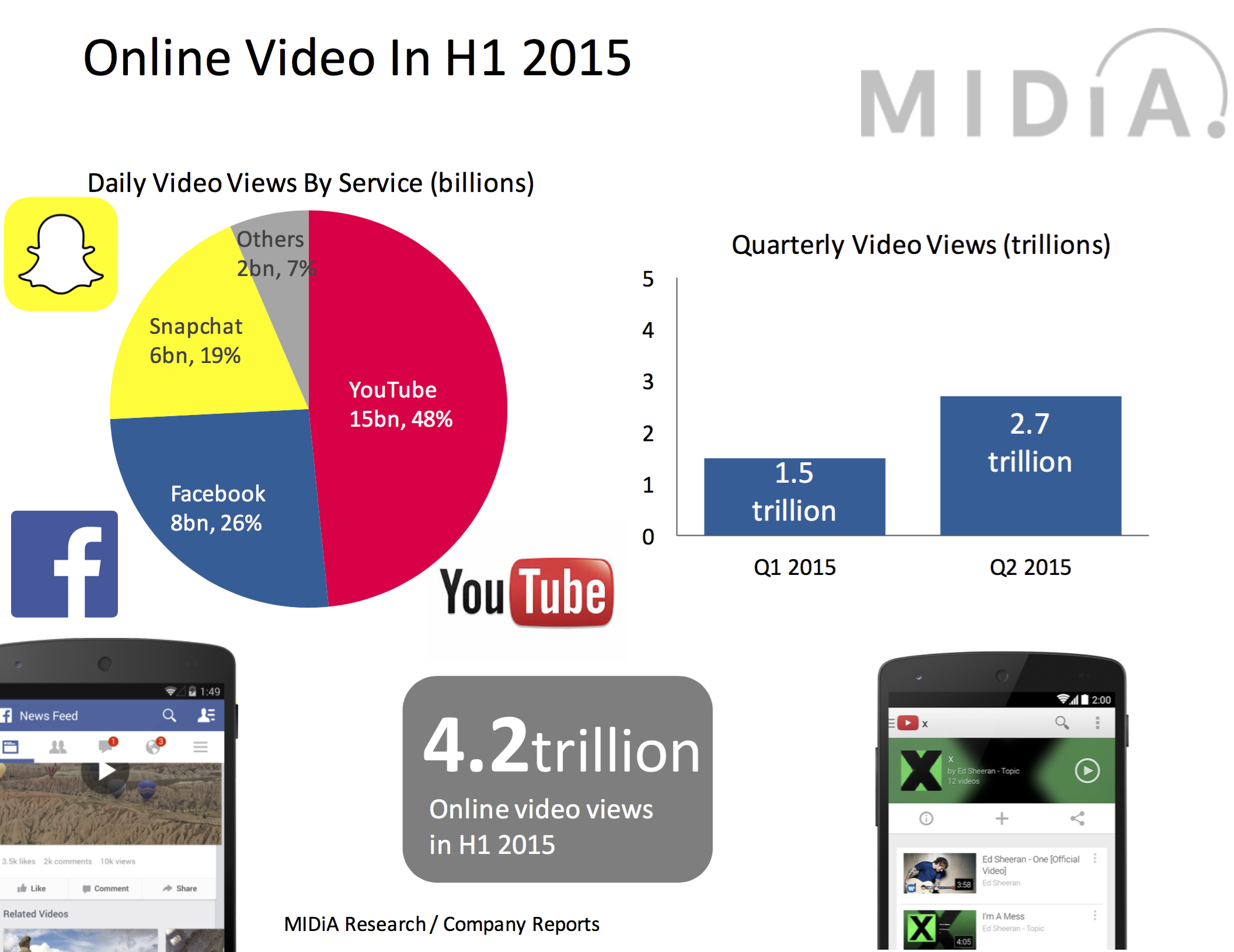 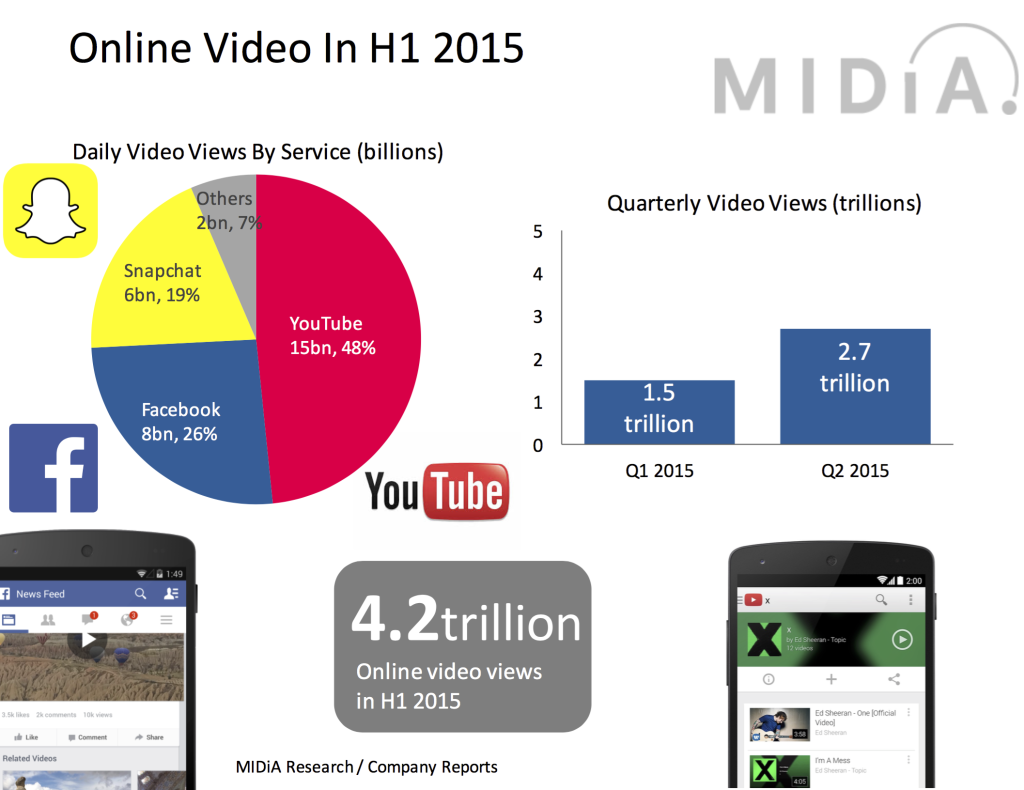 Snapchat’s confirmation that it now gets 6 billion daily views on its messaging platform underlines the huge growth in short form video sweeping the internet and its most visited platforms. Only last May Evan Spiegel, the CEO of Snapchat stated that they had 2 billion daily video views. So their tripling of views is even more impressive than Facebook’s announcement last week that they doubled their number of daily video views to 8 billion from June’s reported figure of 4 billion views (which was itself a quadrupling views upon the previous year.)

Snapchat’s rapid rise has enable it grab a 19% share of the short form video market and it is particularly relevant because of the penetration which the messaging service has with digital natives.

According to the company over 60% of 13-34 year old smart phone owners in the US are Snapchat Users which makes its 100 million daily users of significant interest to advertisers keen to reach younger consumers. Brands such as Coca Cola, Victoria’s Secret and Universal Pictures are all engaged in advertising on the platform. Media partners are also keen to reach Snapchat users through the Discover channels led by such well-known content producers as ESPN, Vice and the Daily Mail.

Snapchat pioneered a number of innovative approaches towards integrating video into its platform. First and foremost a video displayed on Snapchat takes up the entire screen guaranteeing eyeballs on the video content. Secondly its uses of the vertical video format means that is 100% mobile users don’t have to tilt their screens to view video content (a subtle yet intuitive way to reduce user impediments to viewing video ads.) Thirdly it has created Live Stories which place videos centre place to tell stories around special events and locations.

All Views Are Not Equal

Amidst all the hype around Snapchat’s video strategy it is important to remember that what counts as a video view for one service differs markedly for what counts as view on a competing platform. YouTube which still accounting for the lion’s share of the short form video market charges advertisers for   a video view once it has been running for 30 seconds. Facebook counts 3 seconds as a video view. Snapchat has said publicly that a view will register after milliseconds.

Even accounting for the fact a sizeable portion of video views are over-reported, or at least ‘over positioned’ it is clear that there is vast momentum building in online video. And while YouTube remains clear leader, the market is becoming more competitive with every passing quarter.