Profiling the Live Consumer: Streaming and the Live Music Business 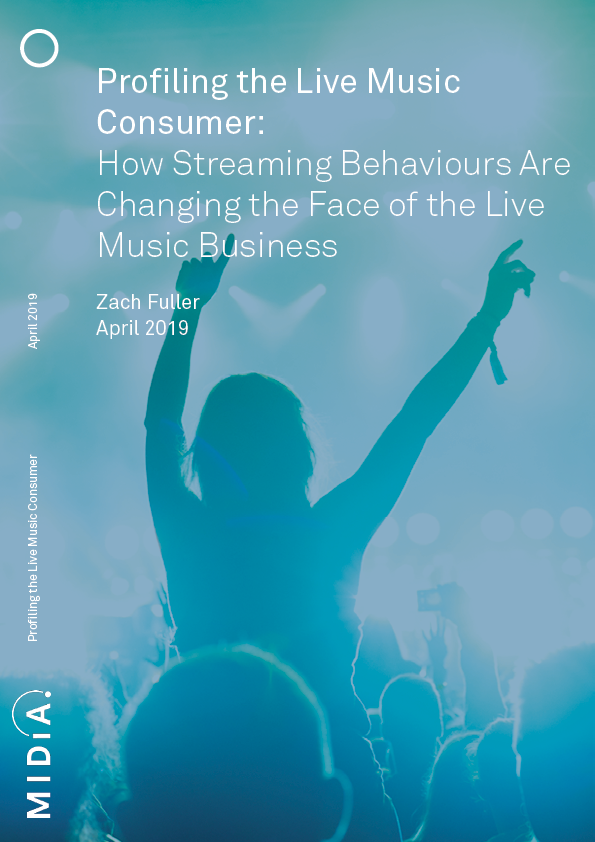 This article is derived from MIDiA’s Profiling the Live Consumer report, available to subscribers here. For more information about this report, email stephen@midiaresearch.com.

The power balance in music has swung from recorded to live, but will it stay?

Live productions have been the prime revenue pusher for the music business since peer-to-peer (P2P) downloading undermined the inherent value of recorded catalogue in the mid-2010’s. Complimented by the rise of the experience economy and mainstream social media usage, which functions both as organic advertising for artists and camera-worthy material for consumers to share online as an extension of their social profiles, live has acted both as a driver of artist exposure and periphery sales as well as big-ticket item for major labels.

Live music audience penetration is relatively similar across a diverse selection of markets. Over a quarter of live music consumers attend small gigs more than once a year, and a fifth attend large concerts. Overall this highlights that despite the appeal of big stars, smaller gigs are integral to the live scene, being more accessible and affordable for consumers and serving critical to younger and local artists as places to start their careers and hone their craft.

Live music audiences are far more likely to be engaged with streaming. However, streaming has the effect of providing low-cost access to smaller artists, helping to connect fans with their preferred music and building relationships to drive sales. Scaled across Spotify’s vast community of artists and users, the opportunities for growing live performance and ancillary sales such as merchandise are apparent. Likewise, streaming often peaks for artists after a live performance. Streaming and live audiences, in short, are not distinct segments, but rather extensions of one another.

While streaming can be seen as an audience acquisition tool for live, because streaming habits change how consumers listen to music (i.e. in the form of playlists, either self-curated or published) they tend to develop very few special relationships with any individual artists and instead prefer mixed formats.

Live as it exists now is also less central to newly popular, streaming native genres. Hip hop was underrepresented on global live tours, and EDM was not represented at all. Further, given the trend in live audiences towards older consumers with higher purchasing parity, rising genres such as Latin, which sees heavy success in YouTube streaming, do not see equal representation on the live scene.

Audience demand for the experience economy remains strong, but traditional concerts as we know them may be a smaller part of their future.