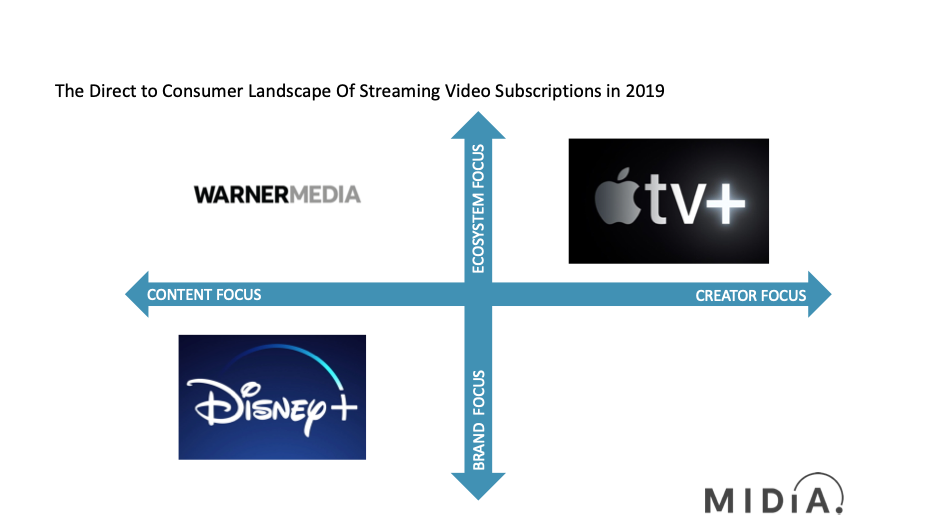 2019 will see the launch of a wide number of heavily backed direct to consumer (D2C) video services led by Disney+, Apple TV+, and the as-yet-unnamed Warner Media D2C offering. Each of these new players have very different strategic motivations for going direct, as well as significantly different attributes which they can bring to bear. Success for each service will largely depend upon how well they deploy initially in the US. The timing for each is predicated on parent company strategy rather than the untapped consumer demand.

In MIDiA Research’s 2019: The Direct to Consumer Big Bang Moment for Video (coming soon) we take a closer look at how the big three services launching in 2019 look to fare initially in the current US domestic streaming market before their staggered international rollout.

Three major new D2C entrants are set to reshape the US video market:

To find out more about how to become a MIDiA Research platform subscription client please contact Tommy@midiaresearch.com directly.