MIDiA Chart Of The Week: 9.99 Subscriptions At Saturation Point? 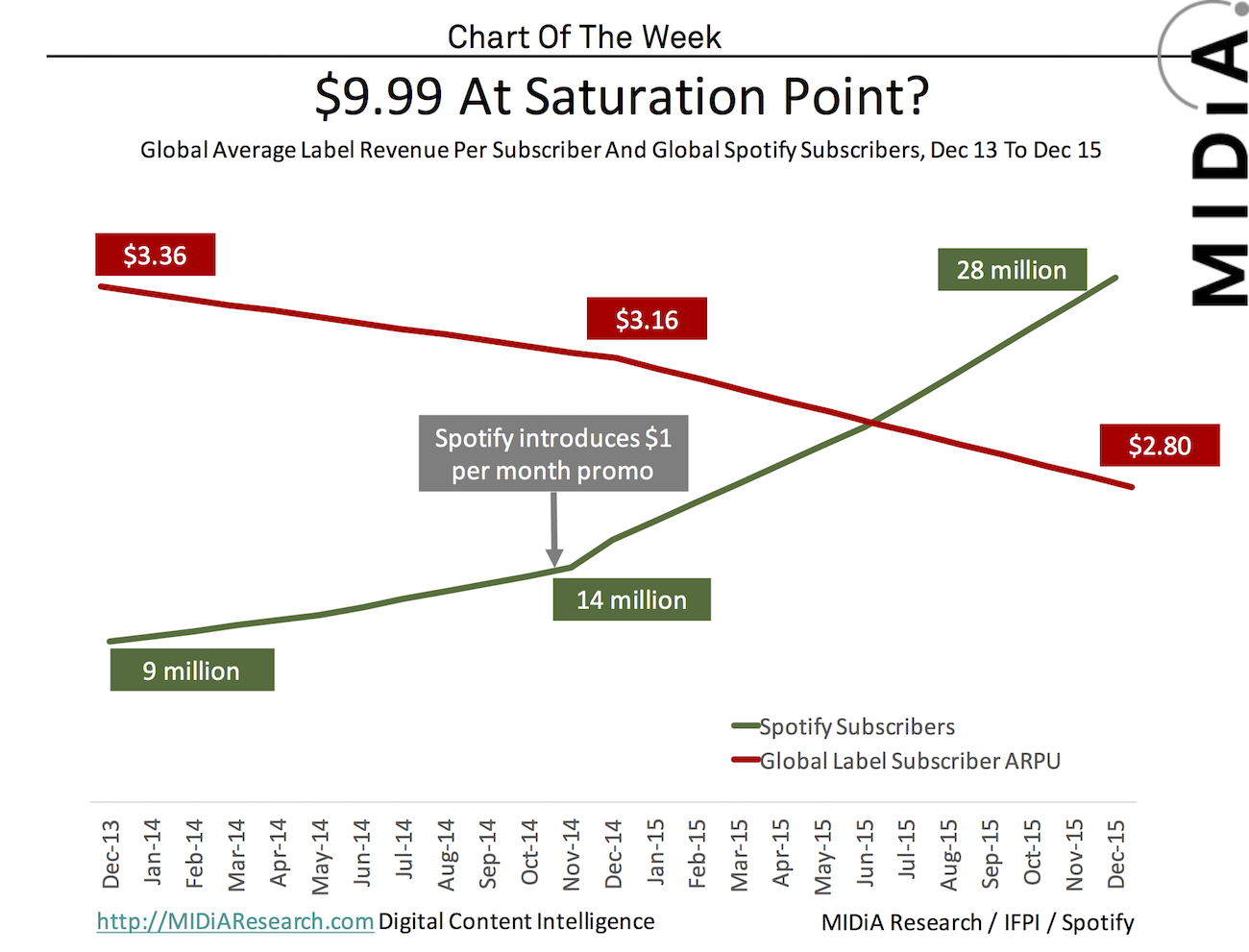 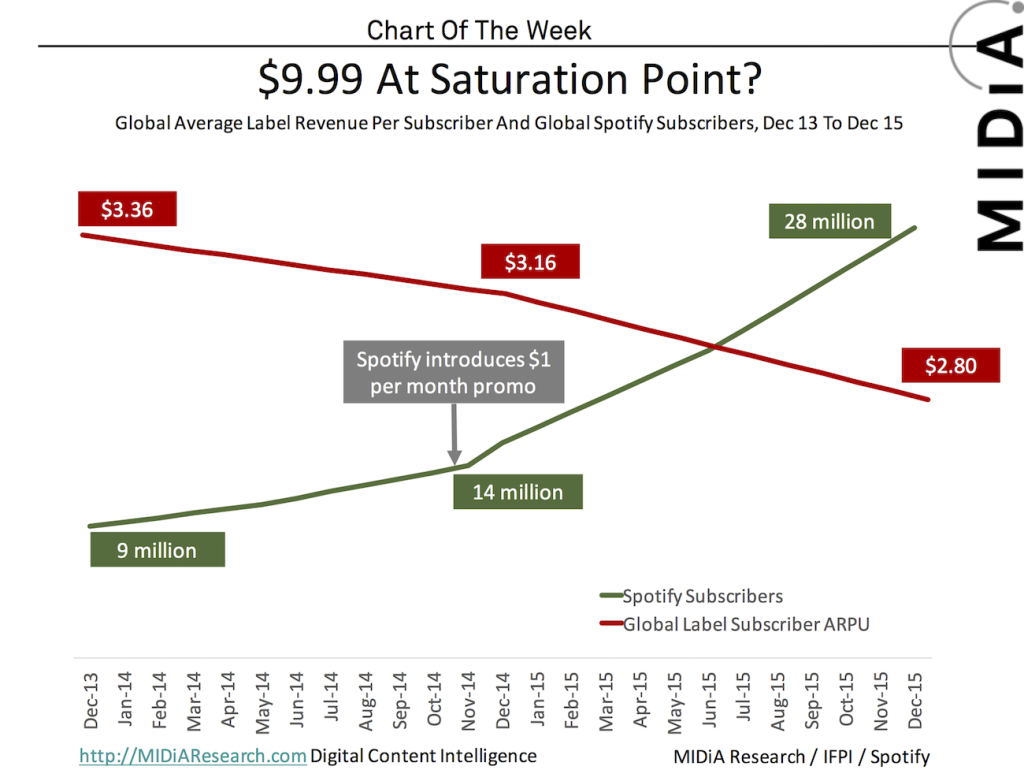 Streaming music had a good year in 2015, growing by 45%. Nonetheless when the IFPI announced the numbers much of the record labels’ attention focused on the role of free and especially that of YouTube and its perceived ‘value gap’ i.e. the difference between the rate of growth in YouTube streams and the slower rate of label revenue growth from the service. The problem is that not enough people are paying for subscriptions which are currently priced for the higher spending music fans, which in turns means that free becomes even more important. Streaming music pricing strategy is currently forcing consumers to choose between buying a Lexus or taking the bus, with scarce little in between.

The risk with this strategy is that opportunity for the 9.99 price point is finite and that without pricing innovation streaming market growth will slow. The top 10% of music buyers (which accounts to roughly 5% of the total population) spend $10 on recorded music, so the only way in which a larger base of consumers will be unlocked is by changing mass market music fans’ spending habits. That’s a tall ask, especially when music is ubiquitously available for free on YouTube, Soundcloud, Spotify and Deezer. A more practical solution is to bring down the main price point and introduce more mid tier products.

However last week at the announcement of the IFPI’s numbers, major label executives argued that the 9.99 tier is far from saturation point. Warner Music’s Stu Bergen commented “We are always open to experimentation and calibrating services and pricing, but I don’t think we have reached the saturation point – or anywhere near it – as far as the existing services in the market.”

In support of this view point subscriber penetration is still below 5% in many key markets, however against this is growing evidence that aggressive pricing discounting has been necessary to open up subscriber growth. As the chart above reveals, Spotify’s growth curve was flattening out until the launch of the $1 a month promo in the US which has since been followed by successive other discounts such as 3 months for £1 in the UK. At this point growth suddenly accelerated and it has remained on that trajectory since (along with continued price discounts). Over the same period record label subscriber ARPU (Average Revenue Per User) declined from $3.36 to $2.80 with a deflection point that is just as pronounced as the subscriber inflection point.

The evidence thus suggests that price discounting underpinned much of 2015’s subscriber growth in 2015 which means that moving away from the 9.99 price point opened up growth. So on the basis of 2015 numbers it would appear 9.99 has indeed reached a degree of saturation. The labels and Spotify are banking on those users hooked in with sub-9.99 prices will stick around when the promotions are over. Some will, some won’t. Sooner or later though the labels are going to have take a pragmatic and realistic view of pricing strategy. Because right now the 9.99 ideology is being propped up in name more than it is in practice.